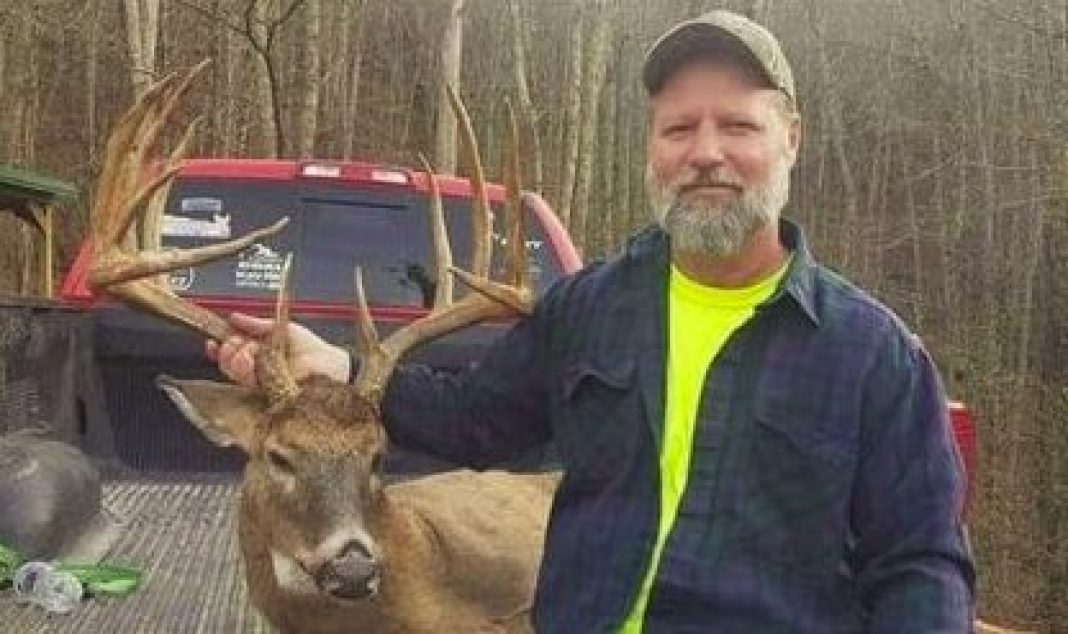 POSSIBLE P&Y RECORD IN WEST VIRGINIA – Every hunter dreams of shooting that big buck.  The deer that you’ve been chasing for years.  The deer that will go in the record books.  For a man in West Virginia, that dream may be coming true.

When Jody Dalton and his friends walked up to the deer he had just shot, they knew it was big.  However, it wasn’t until the pictures hit social media did Jody realize just how big.  The 12-point buck that Jody harvested on an early West Virginia morning may be a new state record.

“When I first laid eyes on him I said to myself, ‘Oh my God, this could be a state record.’” he explained in the radio interview with West Virginia Outdoors.

This giant whitetail definitely could go into the Pope and Young record books.  However, it will be some time before we know for sure.  The P&Y regulations require a deer to dry for at least 60 days.  During that time, the deer may lose a little bit of its overall score.  To exceed the previous record, the deer would have to score higher than 188 7/8.

Dalton has been a hunter for a very long time.  He’s had the opportunity to take many wild animals.  None of them compare to this one though.

“I had a picture of him back on the 26th of October and I knew he was in there. It just so happened he came through at 10 in the morning chasing two does and gave me a 30 yard broadside shot,” Dalton laughed.

“I’m not sure if it was the same buck, but I think it was. But I knew that buck was in there and that’s the reason I snuck in there. I don’t go in until November so I don’t go in there and mess around in the early part of the season,” he said.

“He came in and saw the two does and started chasing them. When I first laid eyes on him at 40 yards I was like, ‘Oh my God, it’s him.’ I had to calm my nerves, but like I said he gave me a 30 yard broadside shot and I made the best of it.”

The hunting story isn’t one of years of work, or of blood sweat and tears.  Dalton had simply seen one picture of the buck that caused him to go to that spot that day.  The buck presented an opportunity, and Dalton took it.  On whether it’s a record or not, Dalton said:

“It might be, then again it may not be, and that’s fine too.” laughed Dalton.

The deer is currently at Dalton’s taxidermist and will be officially scored.  When the score is released, we will update the article.