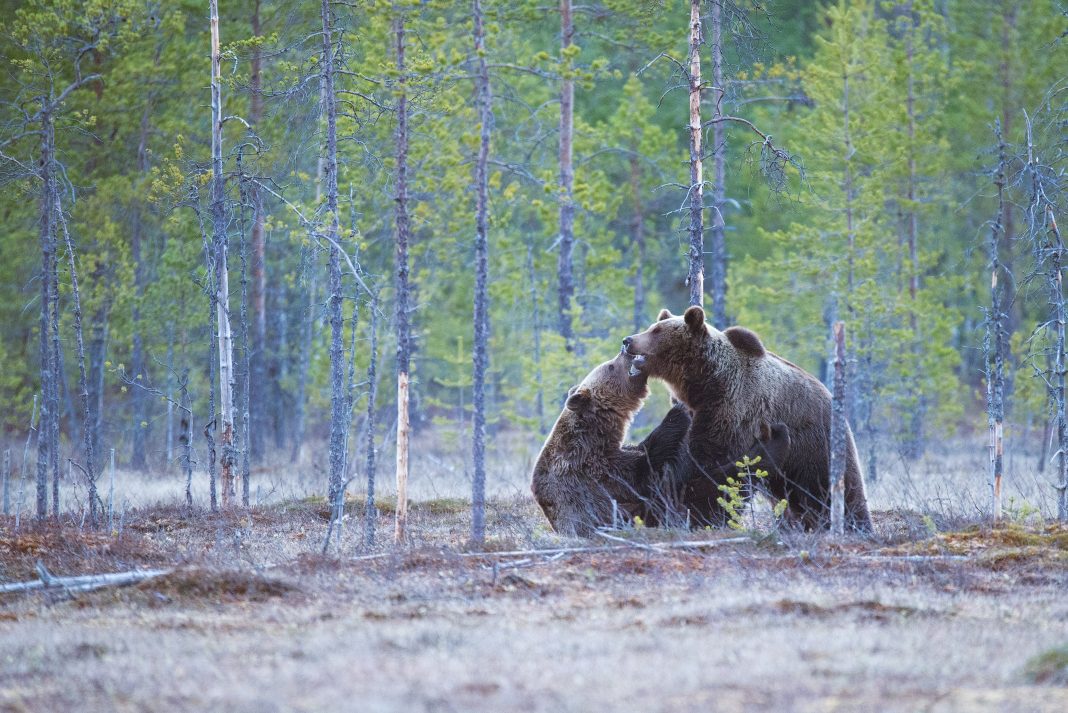 GRIZZLY NUMBERS HIGHER THAN REPORTED – Ehuntr.com has published many stories about grizzlies.  Especially in Yellowstone National Park.  This is in large part because of the growing population of grizzlies in that area.

Yellowstone National Park officials have reported that the habitat for grizzlies is stable.  This includes both in and around the park.  The total number of bears continues to increase year over year.  According to the leader of the interagency team, the reported numbers may not be accurate.  In fact, the number could actually be 40-45% more than what is being reported in the statistics.

Frank van Manen is the Yellowstone Ecosystem Subcommittee of the Interagency Grizzly Bear Committee Team Leader.  He stated that it is difficult to count all of the bears in the area.

“Without someone throwing millions of dollars extra at [monitoring efforts], I don’t see a way of being able to monitor [outside the DMA] into the future,” said van Manen

Currently, wildlife scientists are using the Chao 2 method to determine the number of grizzlies.  However, they are looking to change that equation.

Rice said the method used to estimate the grizzly population is “critical.”

“A lot of management decisions flow from that estimate,” she added. “If an estimate is going to be hundreds of bears more, then that really needs to be rigorously studied. Are they real bears or are they paper bears?”

There is also a political influence on grizzly bears in Yellowstone.  Many politicians are pushing to delist the grizzly.  While others feel they need to remain on the Endangered Species list.

The Governor of Wyoming, Mark Gordon, has suggested that there are too many bears in and around the park.  He is pushing to have them removed from the list and allow hunters to pursue the species.  The Governor suggests that the number of bears has risen significantly since the 1980s.  The numbers that he reported was 136 in the 1980s, and they have grown to at least 700 now.  He went on to say that they numbers could possibly 1200 to 1400.

The Interagency Team is working to develop new protocols.  They will be built off the data produced by the Chao 2 system.  Frank van Manen and his team will need to look at many aspects.  Including the distance in which a sow can travel with her cubs.  They will use this data to determine the actual number of grizzlies, and then they’ll determine the plan to manage the number.

Do you feel that grizzly bears should be removed from the Endangered Species list?