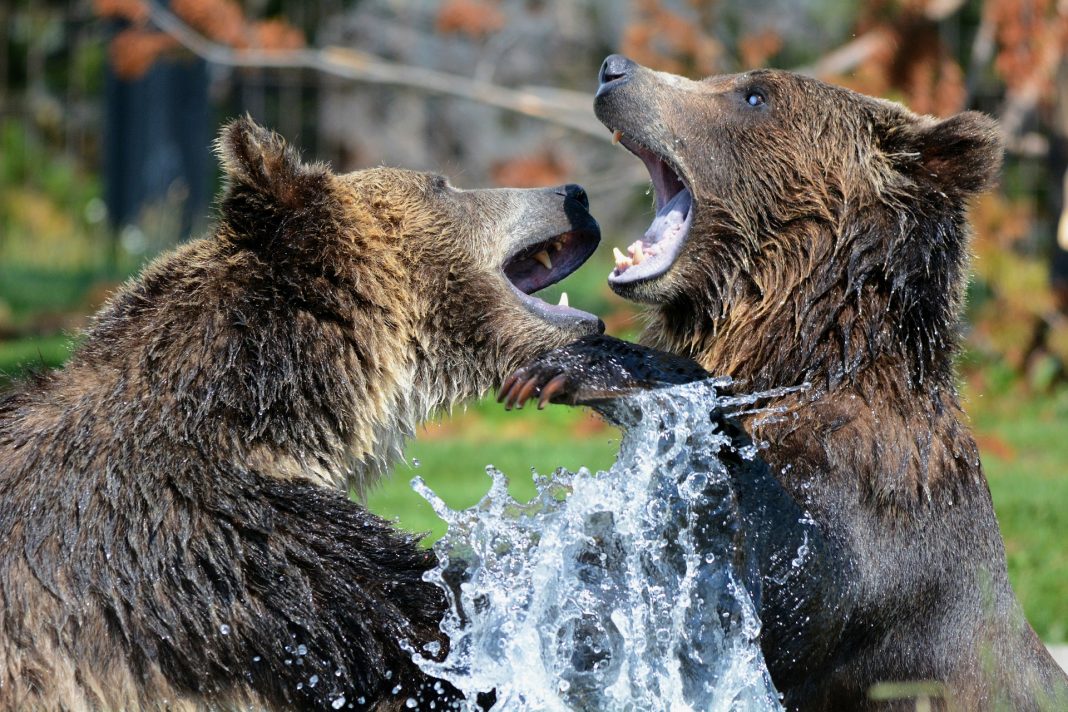 A grizzly bear has been killed after attacking hunters in Montana. Two hunters were hunting near Smith Lake, just north of Whitefish Lake, The father and son had stopped near a gated road. Suddenly, a female grizzly bear burst from a thickly wooded area and attacked the hunters. During the following attack, both hunters sustained significant injuries. Likewise, the bear was shot and killed by the two men. Officials did not release further details about the extent of the hunter’s injuries.

Montana Fish, Wildlife & Parks officials responded to the scene. Once on the scene, MWFP personnel helped medical staff get the hunters flown to Kalispell Regional Medical Center for treatment. After the hunters were transported away from the scene, MWFP personnel began their investigation. A partially eaten deer carcass was found in the wooded area the bear came from. MWFP personnel believe that the 20-year-old female grizzly was protecting either the carcass or her offspring. Because of the thick tree cover along the road, the hunters, who were walking up the road, we’re unable to see the carcass or the bear. Officials have also put up trail cameras in the area to try and identify any cubs within the area. There are no closures for the area currently. Likewise, officials have no further actions planned.

MWFP officials would like to remind people that surprise encounters like these can be very dangerous. The humans in surprise encounters are not expecting the bear and likely will not have any kind of defense ready. Likewise, bears are more prone to attack when surprised by humans. Because of the humans quietly surprising bears, the bears expect humans to steal their kill or harm their young. This usually results in a much more violent attack.

So, what are your thoughts on this grizzly bear being killed after attacking some hunters? Have you ever had a close call with a grizzly? Let us know in the comments!