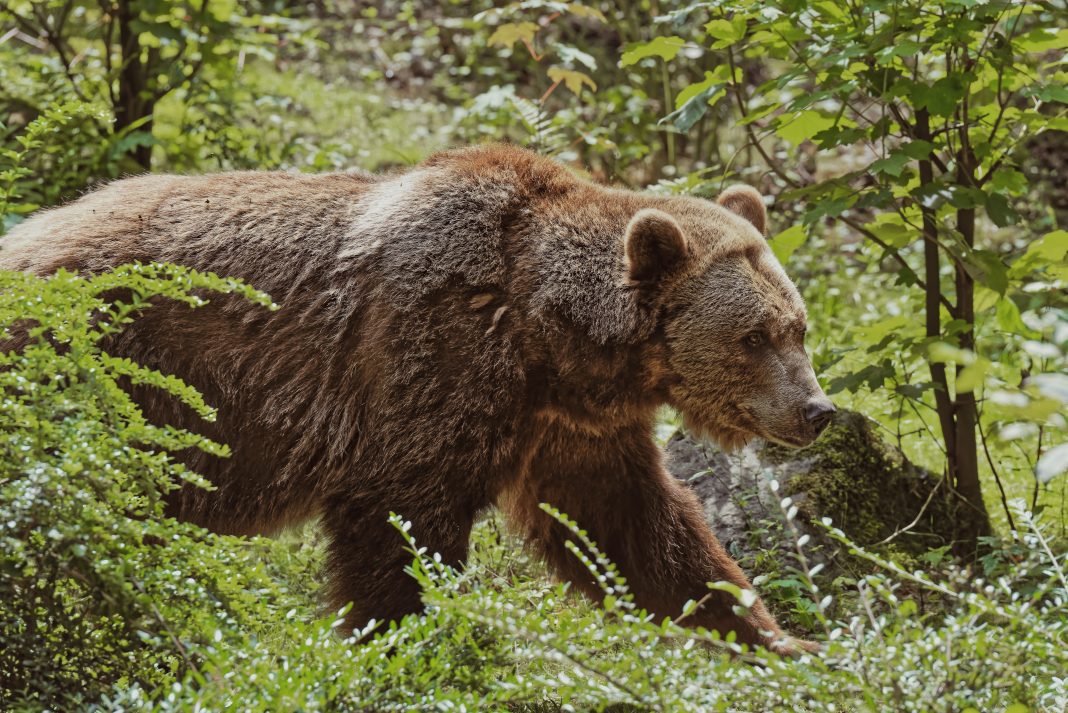 Social Media has been set ablaze by a number of videos taken in the Hayden Valley of Yellowstone National Park. In the videos, a mature grizzly bear kills a large bull elk in the Yellowstone River.

The bull elk attempts to swim the river to escape the attacking grizzly. however, the bull realizes he will not be able to outswim the charging bear. He turns to defend himself but is unsuccessful in his efforts. The bear is able to climb on the back of the elk, biting into the animal’s withers.

This struggle ensues for some time. Suddenly the bull elk makes a final and fatal decision to swim out further into the Yellowstone River. When the bull is no longer able to stand, the grizzly successfully drowns the bull elk.

“At first light this morning I pulled over noting a Bull Elk with a few cows in the upper right of the meadow depicted in the opening photograph. I was startled moments later by a Bull Elk running into the Yellowstone River. He was pursued by a large Grizzly Bear. The Grizzly was successful in taking down the Bull Elk after only a few minutes, but it worked for around a half an hour to redirect it to the far side of the river and secure it on the east bank. About one- hundred yards downstream from the north end of Hayden Valley.”

What are your thoughts on this video? It’s a pretty rare opportunity to look into a life or death struggle. Grizzly’s are a dominant predator and this video is a grim reminder of it.