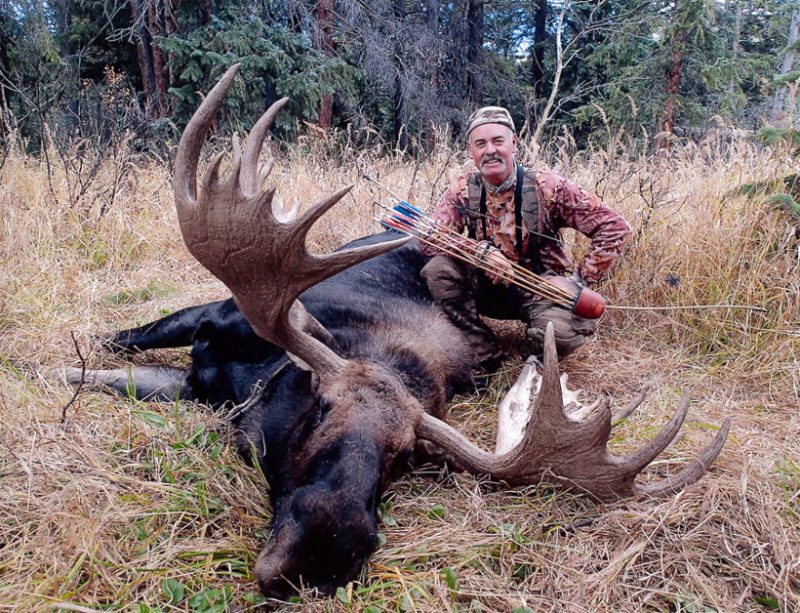 The story of the Pope & Young world record Shiras moose started back in 2015. In 2015, Bobby Hebert of Golden, Colorado drew a Shiras moose permit. Knowing that this type of hunt is a once-in-a-lifetime opportunity Bobby began putting in the work. Bobby wanted to take this Shiras moose with traditional archery equipment. That typically means the shots will need to be closer than other weapon systems. However, Bobby felt confident he could get a bull moose with his gear.

On Oct. 8, 2015, Bobby and a friend were looking for moose as they made their way to a location they had been moose calling the day prior. At that point, Bobby’s friend pointed out what he thought was a moose nearby.

“We were making our way around to where I had been calling the night before, when my hunting partner, Mike told me to stop. He thought he could see a moose in the trees ahead. I slowly raised my binoculars to find it was the bull we had named, Yukon Jack.” – Bobby Hebert

As luck would have it the big bull began to move in Bobby’s direction. Eventually, the bull was only 9 yards from Hebert. He drew back and let the arrow fly. The bull stumbled away for about 40 yards and fell over. However, as Bobby and his friend went to find the bull they saw the bull get up and stumble into the nearby timber. Hebert nocked another arrow as they worked their way slowly through the timber. Luckily the duo found the bull standing about 20 yards into the forest. Hebert took another shot at the bull that was standing 35 yards away. This second shot finished the big Shiras bull off for good.

“I literally shed tears of reverence and joy, giving thanks to the Man upstairs. I am incredibly grateful to have taken part in this once-in-a-lifetime hunt.” Bobby Hebert

Bobby knew he had taken a really nice moose so he reached out and had the bull entered into the 30th recording period of the Pop & Young. After it was all said and done the big Shiras scored 192 0/8 and was deemed the new world record Shiras moose.

What are your thoughts on this world record Shiras moose? Have you ever taken a record book animal? Let us know in the comments! 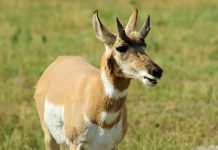