In 2012 the Wyoming Board of Land Commissioners approved a restriction of shed antler hunting. The area that was closed was anything West of the Continental Divide, excluding the Great Divide Basin. The closure dates were set from January 1st through April 30th each calendar year. The reason for the closure was to allow the struggling winter herds that were migrating from the high country to have some sort of reprieve. Shed hunting was thought to be invasive to the already struggling herds, so the division thought it necessary to intervene. The passing of this chapter did not come without some scrutiny by the public. Some thought that the closure wasn’t necessary and wouldn’t help the winter range situation. But generally, the closure has seemed to help with the winter herds.

Recently revised. Before this was changed residents of the state would anxiously await the stroke of midnight on May 1st to start the search for shed antlers in Wyoming. But according to the newly revised Chapter the shed season does not open until 12:00 noon on May 1st. This may be because people were trying to shed hunt at midnight in the dark and has caused some safety issue concerns.

Shed hunting on government-owned land is prohibited from January 1 to April 30 in western Wyoming. These regulations,…

Big game animals are faced with harsh winter conditions every single year. Human disturbances contribute to a lot of winter kill and fat reserve losses even though unintended. The department explains that winter range human activities restrictions have already been put into place on BLM and USFS land. But over the last decade, the sport of shed hunting has increased in popularity and the division has felt the need to specifically tackle shed hunting regulations in the state.

The intent of the antler hunting statute and regulation will be realized by reducing impacts and enabling big game animals to remain on more suitable winter habitats, thereby increasing winter survivability.

If you are a Wyoming resident, how has this affected the winter herds in your areas? Are any other states doing this sort of thing yet? 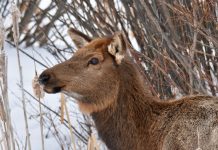 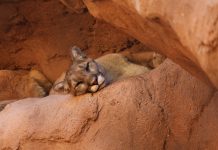 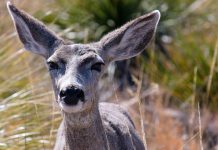