Home Shed Hunting SHED SEASON CLOSURE-FOR IT OR AGAINST IT?

Shed Season Closure-For It or Against It? First, let US start by saying we will touch base on the reasons to be Against It in an upcoming article.

Do you remember what shed hunting used to be like? The glory days, the good old days, before all of the shows and movies about shed hunting? Before social media and YouTube made it so crazy, before the antler market spiked, and things went out of control? What do you think has driven the popularity of shed hunting? Is it the money to be made from antlers you find; do you make dog chews out of them or send them to be ground up? Do you make furniture with them or use them as décor around the house or yard? Is it the desire to be popular on YouTube or show off on Facebook and Instagram, or are people actually just going out for a good time to find antlers?

I believe all of these things have driven the popularity of shed hunting and with the number of people that are doing it now, it has caused states to push for shed season closures. I know there are different feelings from everyone about the seasons, but whether you like them or not, these laws are in place and if they are obeyed by everyone, they can be very beneficial. Although there are many things we can complain about with new laws, in this article I will discuss some of the pros of having shed season closures in specific areas.

Shed hunting on government-owned land is prohibited from January 1 to April 30 in western Wyoming. These regulations,…

The biggest pro that you hear the wildlife officers talk about is the stress levels of the animals. Hunters are conservationists, we pour our money into hunting and pay for the future of the wildlife in our states and in this country. If we want to keep our wildlife numbers up, we need to allow them to rest and recover. We push them from August to January trying to fill our freezers with clean organic hormone-free meat! Once hunting season is over, these animals finally get rest from hunters, then Mother Nature and all her furry storm in. Some years it is worse than others, but with the lack of food and energy that a harsh winter brings, they need to be able to fight through and survive.

Moose start shedding the earliest followed by deer with elk shedding the latest. These shedding periods range from December to May. We’ve hunted them from August to January with rifles and bows, and now we want their antlers from December to June. When will they have a chance to rest and when do they get a break and a chance to recover? As the winter months go on and start to end, it is extremely crucial for the wildlife to have a break from people pushing them around which causes unnecessary amounts of stress and energy loss. During these times the feed isn’t great and sometimes most of it is still under snow in areas.

In the Gunnison Basin of Colorado, there have been huge numbers of winter kills. When I was younger, I drove through this area to one of my camping spots and just on the side of the highway I counted over 150 deer carcasses. These deaths weren’t caused by shed hunters but by Mother Nature. The snow was so bad that year that there was literally no access to food. Herds of deer just died on the hillsides because they had no energy to go anywhere and they all starved and froze to death. I know not all areas have this amount of snow, but just think of the extra stress we are putting on these animals when we push them trying to find their sheds when maybe they haven’t even dropped yet. Wouldn’t you rather be able to hunt these animals in the future instead of just stockpiling antlers? With these shed closures, as long as we all obey the laws, the animals we pursue will live longer and the herds should be stronger, and the numbers should grow.

Less stress means less mortality and better calving in the spring and summer. When shed hunting we are looking for the bulls and the bucks, but they are not the only ones that get pushed around. When we give them a break it will help them endure the few months until the green grasses flourish the mountainsides providing plenty of nutrients for them to start their recovery and prepare to do it all again.

With no extra pressure and lower mortality rates comes more antlers to be found! I’ve always felt that if you leave them alone and let them do their thing, you’ll find more antlers together. I know some people that just drive everywhere and as soon as they see one deer or elk dropped, they go pushing them around forcing the animals to find refuge elsewhere. By doing so we push them apart. We may find one shed here and one shed there, but wouldn’t you rather wait and find more sheds together? I took my wife on a shed hunt this year, opening weekend in Colorado and we killed it. We didn’t spend all day or do a ton of miles. It was amazing I glassed into a canyon and saw a brown set, we dropped in to get them and hit the bone zone or brown whatever you want to call it, we found it that day. By the time we got out of there, I was loaded down with sheds. It was like a children’s Easter egg hunt. Everywhere you looked there was another one and I know we didn’t find them all.

It’s spots like that, those elk had been left alone to do their thing, just elk doing what elk do to survive the harsh elements of winter and recover from the rut. All of the bulls in that herd ended up dropping all in the same area. Instead of walking 15 miles to find three or four sheds we had 19 and only walked two miles. If you let them drop without the pressure, you can possibly find more sheds closer together.

Many people have expressed anger and frustration with the shed hunting restrictions across the west. Most have the same…

With these closures and seasons, you’re going to have more time to do other things. Use this time wisely, get out and scout for bulls and bucks, learn where they are hanging out and watch them from afar so as you don’t push them away. Take the time to spend with your family, I know after all the hunting seasons have passed my family is ready for me to be home for a change. Get out the shotgun or bow and chase some turkeys, or better yet go harvest some coyotes and help our herds out by thinning out some predators. You can go camping or fishing because anything outdoors is better than nothing, just remember to refrain from touching those sheds. Obey the laws and leave animals and their sheds alone for a little while. As long as we all obey the laws the antlers will still be there to be picked up when the season opens in your area.

What is your opinion on the shed hunting closures? 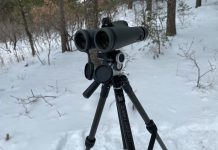 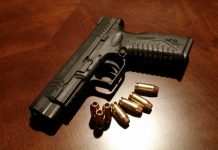 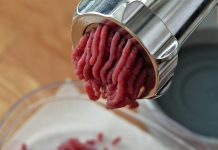 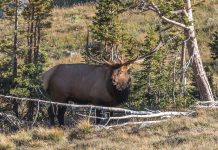