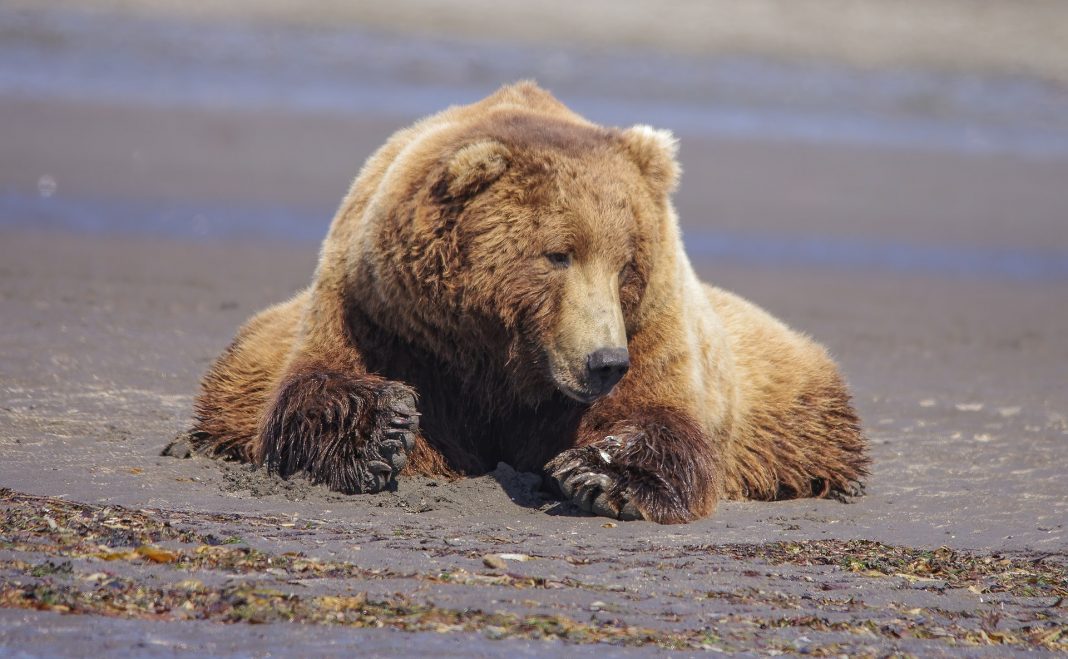 Early on Tuesday, July 6, 2021, a woman was attacked and killed in what appears to be a grizzly bear attack. This fatal attack happened in the small town of Ovando, which is 75 miles northwest of Helena. The woman had traveled to the area for a camping and cycling trip.

Fatal Attack in a Campground

Around 4 – 5 A.M. the bear entered the campground, most likely looking for food. It is unknown exactly what lured the bear into the woman’s camping area. At that point, for some reason, the bear attacked the woman. The end result of the attack was fatal. While the bear remains on the loose, after investigating the scene FWP feels that this attack was by a grizzly bear. FWP officials found tracks and fur at the scene. Likewise, a video camera from a local business caught footage of a grizzly bear in the area. There was also a report of a bear getting into a chicken coop. It’s a good chance that this is the same bear that attacked the woman.

“We’ve conducted both air operations and ground searches to attempt to locate the bear, with no success at this time.” – Powell County Sheriff Gavin Roselles

As a result of the fatal attack, the Powell County Sheriff’s office has shut down campgrounds in the area. The FWP has begun the hunt to try and catch the bear at fault. Currently, officials are conducting both air and ground searches. On top of the searches, the FWP has also put out traps for the bear.

“It’s a scenario where people have homes and families and businesses, and to have something like this happen within that sort of environment, it’s unsettling.” – Greg Lemon, Administrator of communications for Fish, Wildlife and Parks

This is the second fatal grizzly bear attack this year. Earlier this year, Charles “Carl” Mock, a 40-year-old guide from West Yellowstone was attacked by the bear while out fishing. This attack ended up also being fatal. You can read more about this event by clicking here.

As grizzly bears continue to expand their range it is expected that human-bear conflict will continue to rise.

We at Ehuntr would like to extend our deepest condolences to the woman’s family and friends at this difficult time.

After the initial attack, FWP officials searched the area as well as setting traps in the area. On July 9th the FWP used a bait sight trap to lure the bear in. They set up this bait site near a chicken coop that a bear had raided a day or two before the fatal attack that is described above.

FWP officials waited at the bait site once it got dark with night vision optics. Soon after a male grizzly bear showed up and FWP put the bear down.

The grizzly that was put down ended up being a 6-year old that weighed 417 pounds. It had a wound on its shoulder that is common during the breeding season.

65-year-old Leah Davis Lokan was a nurse and was on a mountain biking trip with her friends. At around 3:15 AM the campers awoke to a bear being in camp. The campers rushed out and scared the bear away. The campers then removed all food from the area and secured it. However, the bear returned about an hour later and attacked Lokan and drug her from her tent. Her friends and other campers used bear spray and the grizzly fled.

Currently, the community of Ovando and the FWP are working to finish up the report. The board will release its final report, containing all details of this Ovando case sometime later this year. It will be available for review on the Interagency Grizzly Bear Committee website at igbconline.org/bear-safety/.

We at Ehuntr would like to extend our deepest condolences to the woman’s family and friends at this difficult time.

What are your thoughts on this fatal bear attack? Do you think they will catch the bear that attacked the woman? Let us know in the comments!