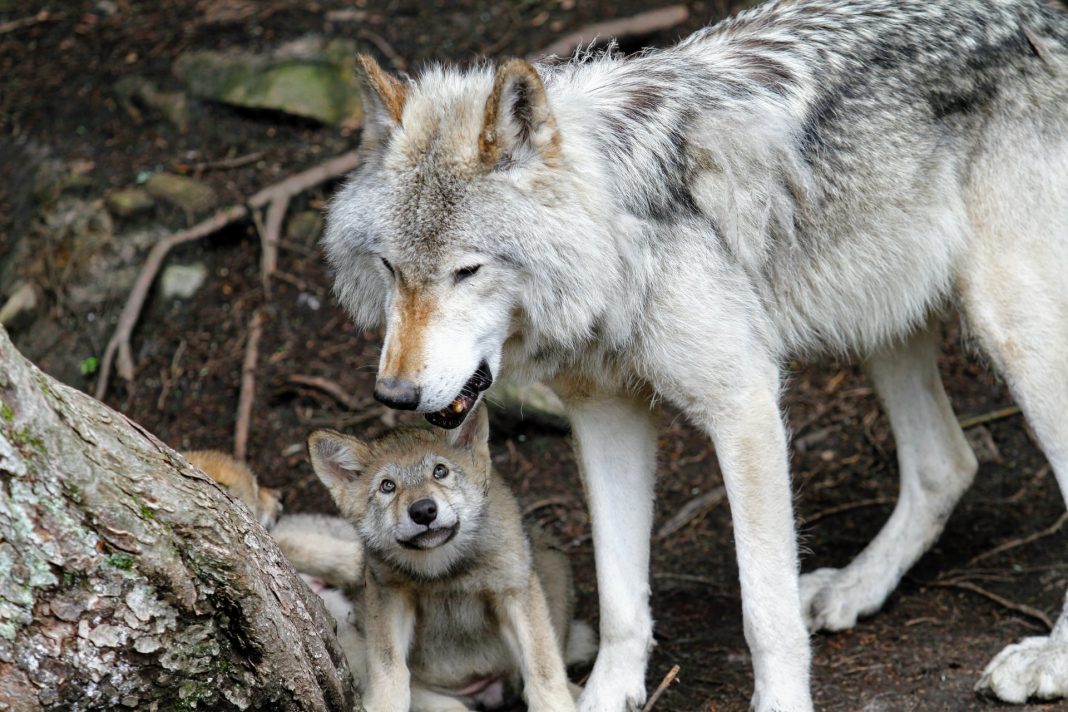 Wolves in Utah? It’s a question that has been asked several times over the last several years. Track sightings, dead bodies found, and hearing howling has been reported recently. However, the Utah Division of Wildlife remains adamant that there are no resident wolves in Utah.

On Jan. 4th hunters found what they believed was a young wolf carcass near Duchesne, Utah. The animal in question was mostly black and looked wolf-like. Likewise, it looked like the animal had died fairly recently. The hunters called the Division of Wildlife to inspect the animal.

Officers arrived on the scene and took DNA samples and sent them off to a lab in the area. After inspecting the animal the Divison of wildlife believed the animal was most likely a wolf-dog hybrid. These hybrids can show up because of several reasons. Some of them are bred and sold as pets. These pets then either get away from the owners or the owners can handle the animal and let them go, Lastly, dogs can intermingle with wolves if they are in the area and breed with them.

Then came the news on Jan. 14th. A resident in the area told wildlife officials that the “wolf” was just his pet German Shepherd. The elderly man watched his dog get hit by a car and fall into the brush near the road. However, due to the man’s age, he could not move the dog from the side of the road. This effectively ends the saga of the Duchesne wolf.

In the winter of 2014, two hunters mistakenly killed a collared wolf near the south-central Utah city of Beaver Utah. Two hunters were out hunting coyotes and the wolf looked similar enough to convince the men it was a coyote. After noticing it was collared they called the Division of Wildlife. Wildlife officials ruled the killing an accident and made calls to see where the collared wolf came from. It turns out this young female was collared early in 2014 near Cody, Wyoming. From that point, the wolf made a journey of over 600 miles from northern Wyoming to southern Utah before being killed in less than a year. You can read more about this story by clicking here.

More Reports of Wolves in Utah

Below we will list several other reports of hearing or seeing wolves in Utah.

DeGraw had this to say about the event.

I will say that watching them work that herd of elk, and kill that calf so easily, it was like they had done it a hundrend times. – Jordan DeGraw

So, what would it look like if we had breeding pairs of wolves in Utah? Well for starters, if we look at the state of Utah’s position on wolves in the past, wolf hunting and management would be fought for right out of the gate. Currently, there are no known breeding pairs in the state and Utah has already spent nearly $1 million to push for the delisting of the wolf. Likewise, the other predator species in the state are all managed and populations are watched closes. Lastly, if wolves ever create a foothold in the state big game hunting would change in the state. Most of the elk in the states that now have resident wolves now are much quieter than their counterparts that don’t have to deal with wolves. Ranchers would also start demanding more wildlife dollars as their losses to predators would increase.

To answer the question we asked at the beginning of the article, wolves in Utah? Well, kind of. While there are no known breeding pairs in the state, there have definitely been a few that have made their way into the state. Likewise, with steady wolf populations in Wyoming, and Idaho, and the reintroduction happening in Colorado. It’s only a matter of time before a breeding pair makes its way into the Beehive State.

You can read wolf news by clicking here. Likewise, you can click here to read more Utah hunting news.