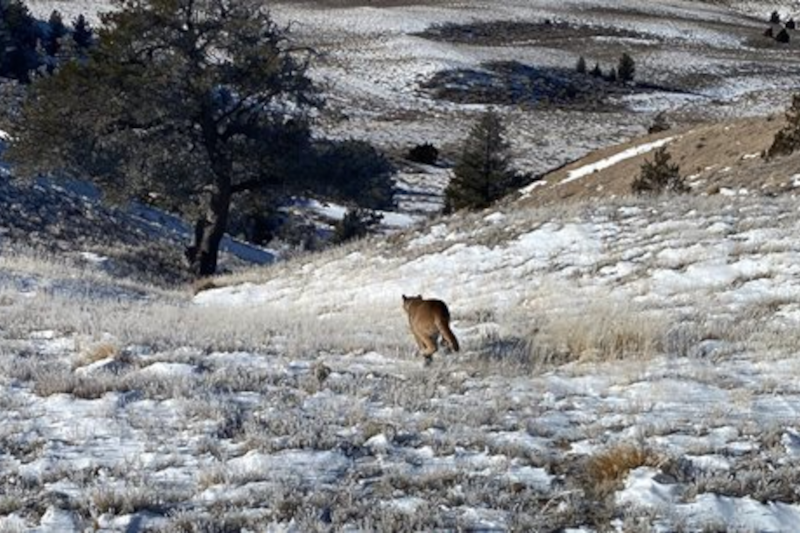 In December, the Wyoming Game & Fish Department received calls about a mountain lion being seen in Lander city limits. The mountain lion was seen several times just before the new year. However, none of the reports ever stated that the cat was involved in any conflicts.

Once the call was received, the WGFD began planning to catch and remove the cat. Soon WGFD officials found that the young female mountain lion had killed a deer adjacent to McManus Park, which sits inside of Lander city limits.

The finding of the dead deer led officials to use it in their plans to trap the animal. On Jan. 1st they were successful in capturing the sub-adult female. Once the cat was captured, officials began an inspection of the animal. Officials found that the female was healthy and in good condition.

Because the cat had not been involved in any conflicts but had decided to hang around in city limits, WGFD officials decided to remove the cat to a more remote area. As a result, the mountain lion was moved and released in a quiet area in Fremont County, far away from Lander city limits.

Mountain lions and bears that find themselves in towns usually have one of two things happen to them. Firstly, If the animal isn’t causing problems, like the mountain lion above, the animals are typically removed to a safer area for the animal and townspeople. However, if the animal ends up being a problem or causing trouble the animal may be euthanized.

So, What do you think about this mountain lion being moved? Have you ever seen a predator living in city limits? Let us know in the comments!