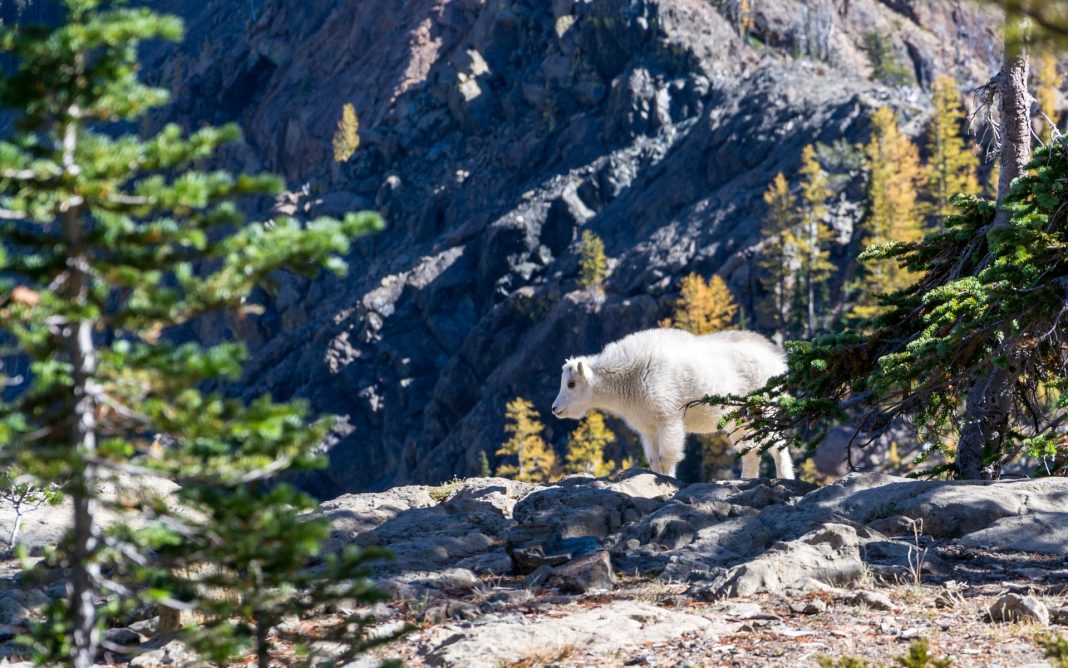 Mountain goats were initially released in the Olympic Mountains in the 1920s. Over the course of two and a half years, the Washington Department of Fish & Wildlife and the National Park Service successfully moved 325 mountain goats to the North Cascades. However, a total of 381 mountain goats were removed. 32 died while en route or were euthanized due to illness or preexisting injuries. 16 young goats were transferred to zoos throughout the area.

During the development of the project, managers wanted to see the removal of 725 mountain goats from the Olympic Mountains. As predicted, finding and catching them proved difficult. The majority of the captures were done via helicopters. Crews would use net guns and immobilizing darts to subdue the goats. Then the goats would be loaded into special carrying slings and flown down the mountain to a staging area. All the goats were then examined by veterinarians and treated if needed. After the crews gather enough goats the WDFG would transfer them to a staging area in the North Cascades. Once there, airlift crews would fly the goats to release locations on top of the North Cascades. The weather slowed the operations on and off throughout the project. On August 17th the project was reported as being complete.

“The past three years of this project have been a culmination of federal, state, tribal co-managers, and volunteers working together to move 325 mountain goats to the North Cascades, and that is quite an achievement. To coordinate and work on a project this unique is very special, and we are honored to have been a partner in it.” – WDFW Director Kelly Susewind

As for now, operations are complete on the project. There are no current plans to keep up the transplant even though less than 50% of the original goal was met. However, new projects may be approved in the future to continue the mountain goat transplant on the Olympic Mountains. There has been a lot of mountain goat-related news lately. As management plans continue to evolve we may see more projects like this. Or we may see plans like the one that is taking place in Wyoming.

So, what are your thoughts on transplanting 325 mountain goats to the North Cascades? What other strategies do you think would work? Let us know in the comments!