As “Pure Hunting” gets ready to air Season 4 this July, I find myself reflecting on how I got started in outdoor television. I am frequently asked this question and if I have any advice.  It has certainly been an interesting journey and the learning curve steep. I can only speak to my experiences and what I have learned from others in the industry.

In my case, there was quite a bit of luck involved in the beginning. When I left my corporate career as a community banker one of my customers, a local outdoor television production company, asked if I would be interested in going on a filmed hunt or two as a guest. As a passionate hunter who regularly watched outdoor television, I took advantage of the opportunity to see what it was all about.

That opportunity grew to a co-hosting role on “Winchester’s Whitetail Revolution” as well as a few other guest hosting opportunities. Three years later 3 employees left that production company to start True Sight Media. We partnered to create Pure Hunting. At that time there were very few high quality, DIY, western style shows.

As a guest and co-host before starting Pure Hunting, I was not heavily involved in business strategy. I didn’t have any dealings with sponsors, the television network, helping with the editing of the episodes, helping to tell the story, or covering costs if the sponsor dollars didn’t. However, as the owner of Pure Hunting, it became necessary to assume all those roles. Based on my experiences, here are a few tips and recommendations to keep in mind when pursuing a career in the outdoor television industry.

First, the majority of outdoor television is a time-buy model. This means that you are paying for the airtime in addition to the cost of the hunts, filming the hunts, and the editing of the episodes. All of this can get expensive; so don’t give up your day job. There are ways to reduce expenses but something usually must give. For example, you can self- film or have friends film, edit episodes yourself or hire others to edit them, and pay for a less desirable time slot or a more desirable time slot. Just remember, unless you are highly skilled in these areas the quality of your show will likely suffer, and a good time slot is important to viewers and sponsors.

Second, understand it will likely take years to build your brand. Producing a profit will be difficult in that time. The competition for sponsor dollars is fierce and most sponsors want to see some sort of track record before agreeing to partner with a show financially.  Some sponsors won’t even entertain shows unless they have 3 years under their belt. It’s amazing how much more approachable and open sponsors are now that we’ve completed 3 seasons.

As an example, when I started Pure Hunting we had a great sizzle reel to show sponsors at the trade shows. They loved it, but a consistent question was, “great sizzle, but can you put together an episode, then a whole series, and then continue to do that for a couple of years?” Consistency and longevity are important. How many great movie trailers have you seen but later realized the movie was terrible?

Sponsors also want more deliverables than they have in the past. A commercial spot, billboard, and integration in the show are not enough. They want Social Media attention and web videos. Be prepared to deliver all of this, and always under-promise and over-deliver.

Third, there are over 450 outdoor television shows. There’s not a lot in the industry that is new, so don’t try to pitch your show as something unique. The networks and sponsors have seen and heard it all. Come up with your concept, stick to it, and sell it for what it is. Keep the message and content consistent.

Filming your hunts for a high-quality TV show is not easy work. On average, we have 8-10 hours of footage for a 22-minute show. There is much more to telling a story than a kill shot on camera. Be prepared to spend 3-5 days in the field even if you are successful on opening morning. It’s pretty obvious when a show didn’t take the time to gather all the footage needed for a show. There are gaps in the story and it doesn’t flow. I’ve had people on our hunts that are surprised at the effort to film a hunt, and who would not enjoy expending that effort on a regular basis.

In addition to the time you need to devote to your hunts, filming, and editing, you also should allocate time to attend some of the many trade shows in the industry. This is the best time to meet people and build relationships. If you don’t put in the effort to attend at least a couple of these, you are missing out on a huge networking opportunity.

One motto I live by is “be true to yourself”. Don’t try to be something or someone you are not. The industry is small and reputation is everything.

The outdoor television industry is expensive, competitive, and tough to get started in. I am not saying this to discourage someone from pursuing their dream, only to set realistic expectations. It is tough and a lot of work. However, if you love what you do, it doesn’t really feel like work. It is a great industry filled with great people who all share and promote their hunting passion. I have made some great friends in my relatively short time and am so blessed for that little bit of luck back in 2008 that opened the door for me.

Do you dream of making it big in the outdoor industry? Why not start today? 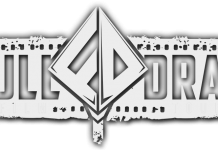 FULL DRAW FILM TOUR IS BACK ON THE ROAD 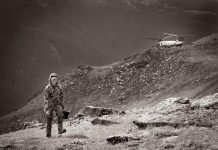