Home Alaska MULE DEER SEEM TO BE EXPANDING INTO ALASKA 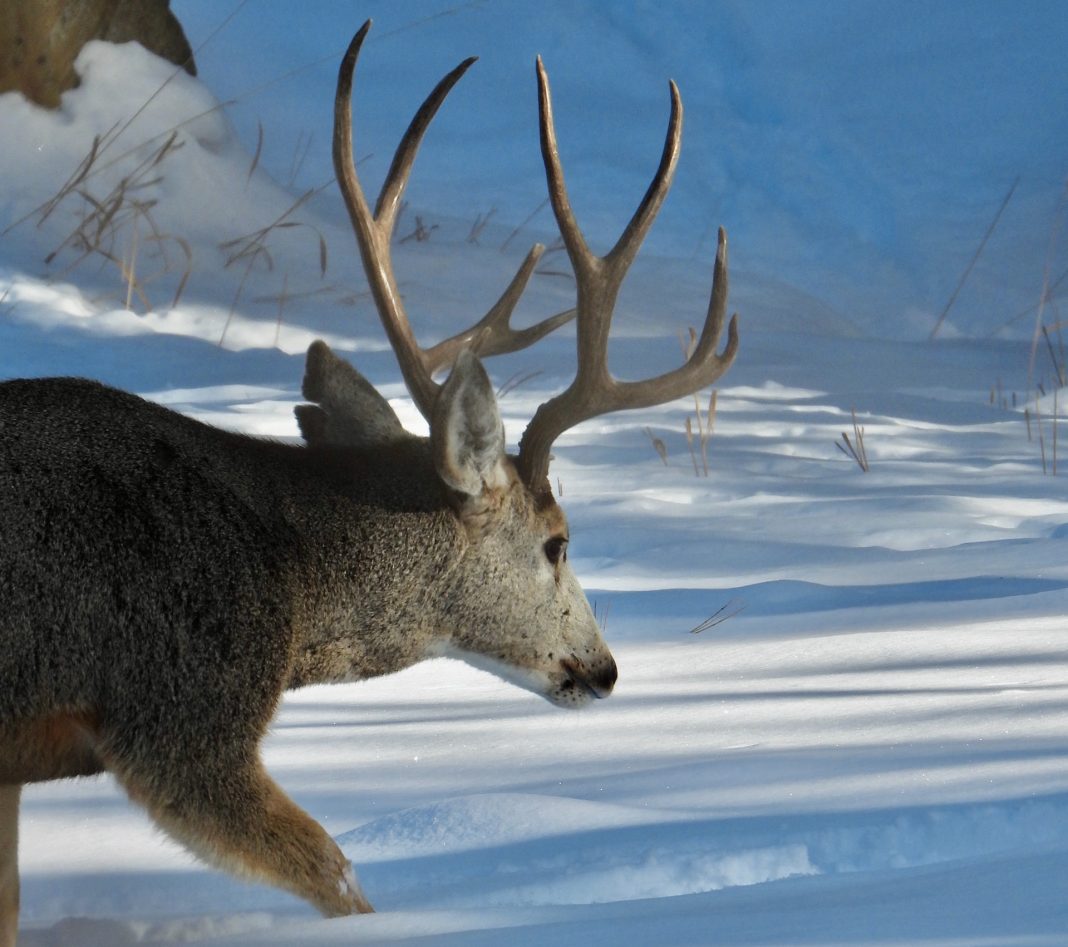 Over the last several years, people have been reporting seeing mule deer in southeastern Alaska. Most of these sightings were thought to be misidentifications or just transient mule deer moving through the area. However, in 2013, ADFG confirmed a sighting of three mule deer north of Delta Junction. Then in 2016, a mule deer was photographed in July near the Fort Knox gold mine near Fairbanks. Likewise, in May of 2017, a mule deer was hit and killed by a vehicle near Fairbanks. In 2019, several mule deer sightings were reported near Haines and Skagway.

As a result of these concerns, the ADFG is interested in documenting Interior mule deer sightings. The public is asked to report any sightings of live or dead mule deer immediately to the department or the Alaska Wildlife Troopers.

Mule deer are the larger “cousins” of the Sitka black-tailed deer. Mule deer can be identified by the color of their tail and overall size compared to the Stika blacktails. Stika’s have distinctive all black tails compared to only the tip being black on mule deer.

What are your thoughts on mule deer expanding their range into Alaska? Have you taken a Sitka or Mule deer? Let us know in the comments!