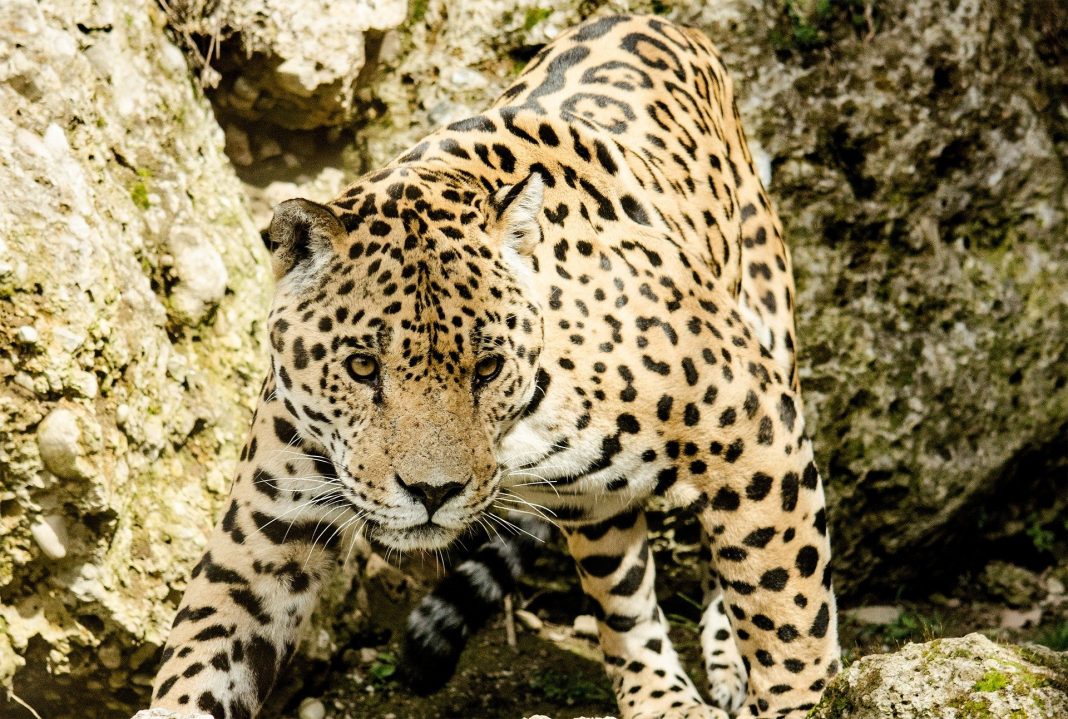 Jaguars have been spotted in Arizona from time to time over the years. The most recent sighting happened on January 6th, 2021. The Arizona Game and Fish Dept. captured a picture of the big cat via trail camera in the Chiricahua/Dos Cabezas Mountains. The mountain range sits south of I-10 near the New Mexico border.

Historically the jaguar’s range included the southern United States. At one time its range stretched from central Argentina to California and even Louisiana. However, due to habitat loss, human expansion, and hunting pressure the jaguar’s range has shrunk making them rare visitors to the states. Jaguar hunting was mostly banned starting in 1969. Likewise, the big cat was put on the Endangered Species List in 1972.

Since then very few confirmed sightings of the big cats have been made. However, in 1996 two different male jaguars were discovered by houndsmen. The first jaguar was sighted in southwestern New Mexico on March 7, 1996. Houndsman/rancher Warner Glenn discovered and photographed an adult male jaguar. Later that year in August, yet another houndsman, Jack Childs discovered a different adult male jaguar in south-central Arizona. These two men’s discoveries and passion for jaguars helped spur the borderlands jaguar conservation effort.

By 2009, four male jaguars were confirmed to be spending at least some of their time in southern Arizona. One of the males (Macho B) was documented crossing the Mexico/Arizona border numerous times. Macho B was inadvertently caught in a mountain lion trap by AZGFD. The trap was set to capture a mountain lion to study their movements but once a jaguar was captured, AZGFD used the chance happening to their advantage and collared the jaguar with a GPS tracking collar.

In recent years, several jaguars have been spotted making their way through the Arizona and New Mexico wilderness. Two of the more well-known animals were given the names El Jefe and Yo’oko. El Jefe hasn’t been seen since 2015 and is believed to have moved back closer to the breeding population of jaguars in Sonora, Mexico. In 2018, Yo’oko was poached on one of his many crossings of the Mexico/Arizona border. Officials looked at photos of the seized hide and determined it was most likely Yo’oko. Reports indicate that the jaguar was most likely poached in the mountains in northern Sonora, Mexico.

Southern Arizona seems to be the northern extent of the jaguar’s range that breed in Sonora, as the large majority of jaguars spotted in the area are solitary males. Likewise, it is believed that many of these males are on the search for their own home range. After a few years of searching it is believed that many of them move back closer to the breeding population. This gives conservationists hope that if a small breeding population could be established, the population could expand more easily in the state.

So, what are your thoughts on a jaguar being spotted in Arizona? Let us know in the comments!