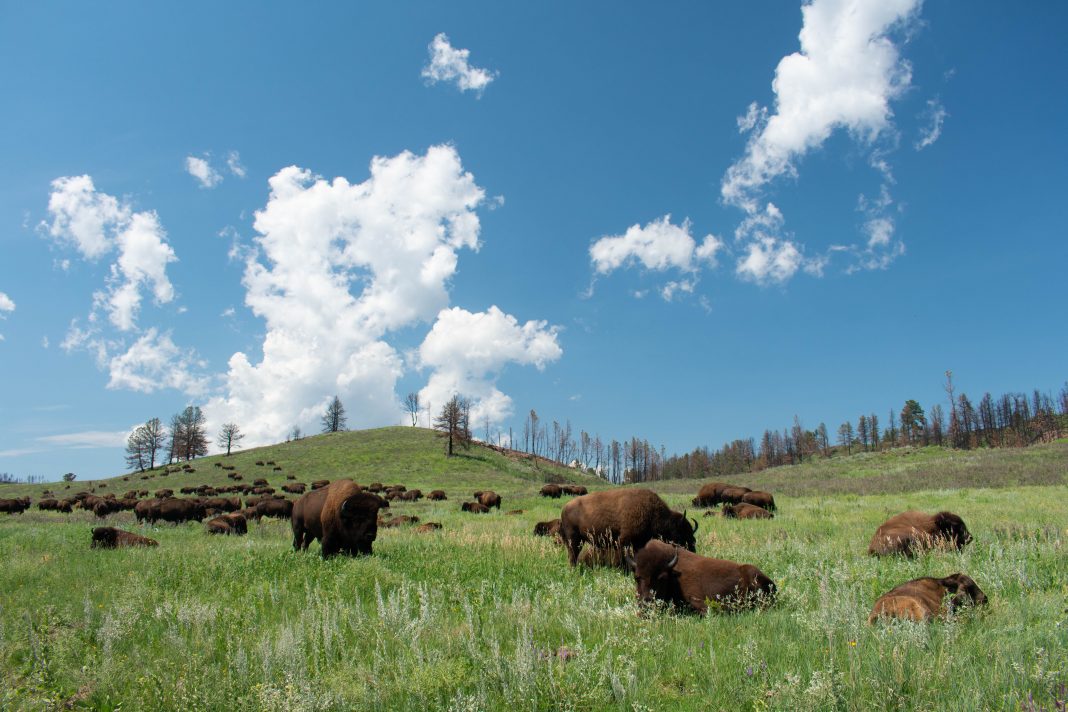 Hundreds of years ago, thousands of bison roamed the woods of Tennessee. During the 1700s settlers harvested the bison for their meat and skins. By the year 1800, all the bison in Tennessee had been killed off.

A herd of 4 bison escaped from a private hunting preserve near Dogwood Rd. The preserve owner and off-duty Cumberland County Sheriff Deputy Roy Kemmer attempted to round up the animals. However, the bison proved to be difficult to catch. During the recapture attempts, the bison fled towards Renegade Mountain. The chase of the bison lasted most of the day. After many failed attempts the preserve owner decided to have them put down. Certainly, having 4 animals that were over 1,000 pounds wandering the area was a large safety concern.

“Roy told me that the buffaloes would be grazing and as soon as those trying to recapture them got within 150 yards, the animals would smell their presence, raise their heads, and take off.””I know it is sad, but they tried to recapture the herd and just couldn’t get close enough to them to accomplish that,” Cumberland County Sheriff Casey Cox said.

The biggest concern was the safety of people in the area. The bison may have wandered into someone’s yard in the area and caused damage to property or hurt a child. Likewise, the bison may have wandered on the interstate or roadway. That situation would most likely have resulted in a loss of life. The day after the failed capture attempt two of the bison were spotted near Renegade Mountain. Those two bison were shot by the preserve owner. During the ensuing search for the other two bison, the owner found them near Falls Rd. in the Ozone area. Both those bison were also put down.

What are your thoughts on the herd of 4 bison being euthanized? let us know in the comments.