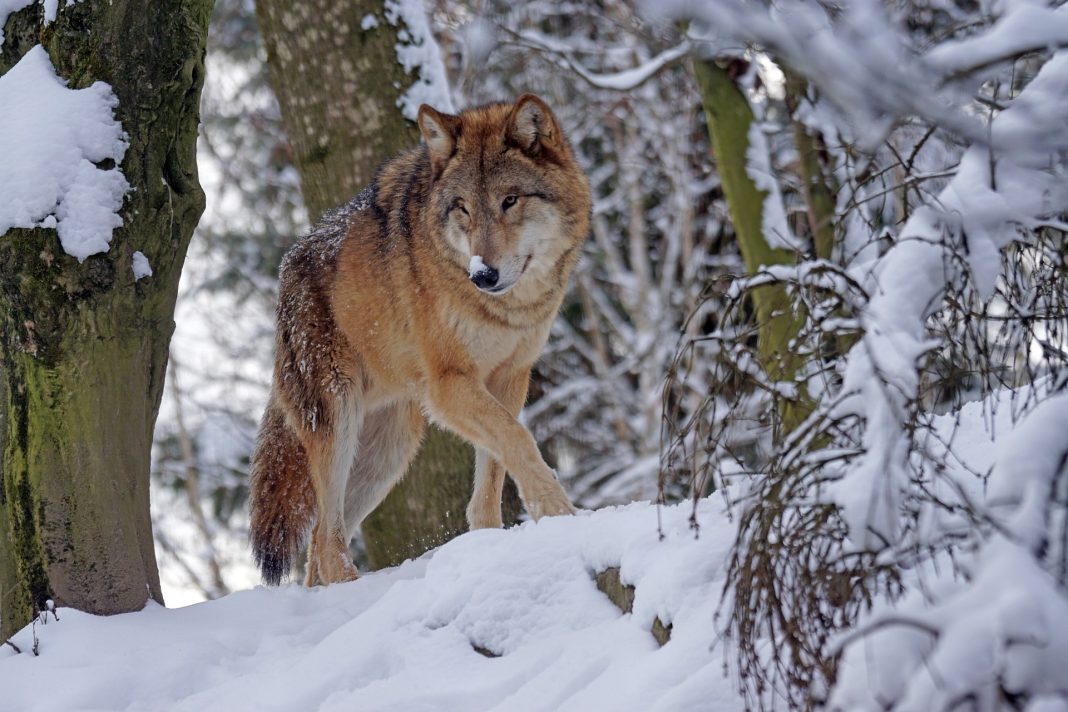 SPORTSMAN’S WARNING AGAINST WOLVES IN UTAH – Colorado has recently passed a law that will allow the introduction of wolves.  As most hunters know, this introduction will have a negative impact on big game hunting.  Wolves will drastically impact the number of big game animals on the landscape, and Utah is not happy about the impact this decision will make on neighboring states.

Don Peay, the founder of the organization Sportsmen for Fish and Wildlife, has issued a warning to lawmakers in regards to wolves.  With the introduction of wolves in Colorado, the big game population in Utah will be impacted.

“I think awareness should be No. 1 for the state,” warned Don Peay in a Natural Resources, Agriculture and Environment interim committee hearing. “This is a huge issue.”

Colorado is not more than a day’s walk for a wolf from Utah.  As they decimate the big game numbers in Colorado, they will then look to neighboring states.  Utah will be an easy target for wolves, which don’t see state boundaries.

Big game animals are on the rise in Utah.  The herds are doing well, and numbers have been increasing year over year.  If you’ve had the chance to be in the outdoors during this hunting season, you can probably testify to these numbers.  However, wolves can make a quick impact on those numbers.

“Over five to 10 years if wolves come into Utah it will destroy everything we’ve built.”

Peay has received attention from many lawmakers in the state.  Some of the lawmakers agree with his opinions on the matter.  However, there are also other lawmakers that don’t believe wolves introduced in Colorado will impact Utah.

At the core of what Peay is fighting for is that these decisions are made by biologists and conservationists.  Not politicians or citizens that don’t understand the situation.

Do you think wolves in Colorado will impact Utah?