Many hunters dream of taking record book animals. However, few are ever lucky enough to draw a permit and find that class of animal. Back in 2003, Nick Franklin would get his chance.

In the early summer, Franklin learned that he had drawn an archery elk permit for Unit 8 in his home state of Arizona. As Nick began to spend time in the unit and learn the area he began to hear rumors about a bull called “Grandpa”. The bull was rumored to be a giant with incredibly large antlers. However, all through the scouting season, Franklin was never able to turn up the giant know as “Grandpa.” At that point, Nick decided when the hunt started he would hold out for the “Grandpa” bull for the first week of the hunt. After that, he would focus on other trophy class bulls and try to harvest one of them. Consequently, Nick spent the first 5 days of the hunt being worn down by “Grandpa” and other big bulls in the unit.

On the 6th day, Franklin opened the day looking over a water hole. At daylight, he heard an elk bugle about 3/4 of a mile away from his position and decided to try and make a play on the bull making all the noise. In the following few quotes, we will let Nick tell his side of the story.

“We went right after him and really started trucking. The bugle from this bull, this thing sounded like a 3×3 that was probably 3 years old. It was not a hoarse bugle, but a real clean whistle. A lot of people try to judge a bull by his bugle, but you couldn’t on this one.”

After closing the gap on the bull, Nick left his hunting partner and started to sneak in on the bull trying to get a good look.

“He (the bull elk) pushed all the cows away from him, came back around, and started raking a tree really hard. Every time he would put his head down to rake, I would make some ground on him.”

After about 5 minutes of working closer to the bull, Franklin finally got a good look at the giant. The bull stepped into the open at 35 yards and Nick came to full draw.

“As soon as I shot him, the arrow went clean through him and hit the rock behind him. When that happened, he picked his head up and looked over at the rocks to see what happened. He stood there for about three or four seconds and then started moving off. He went about 35 yards from where I shot him and went down and never moved again.”

After waiting a few minutes later Nick and his hunting partner moved in on the downed bull. They ensured that he was dead and then began to look over the impressive bull.

“After I shot him, I thought, ‘Yeah, that’s a great bull’. It takes 10 minutes or so for it to start soaking in. We figured that he was a 390 (-inch bull). But after we started looking at the mass of the bull, we really knew we had something.” After getting the bull’s meat and antlers out, Nick wanted to have the antlers scored to see where the bull stood in the record books. Incredibly the 8-year-old bull gross scored 453 0/8″. Once Franklin saw what the bull scored he decided to have it scored officially by an Offical Pope & Young scorer. After the mandatory drying period and being certified by the Pope & Young the bull was named as the new world record. The giant record bull known as “Grandpa” official scores 442 0/8″ net. With that certified score, Nick Franklin’s bull was the largest bull ever taken with a bow.

If you’d like to check out more world record animals you can take a look at the Pope & Young website by clicking here.

If you’d like to read more about some of the Legends of the Past, including other record book animals, that we have covered you can click here.

What do you think of Nick’s world record bull? Have you ever taken a record book animal? Let us know in the comments! 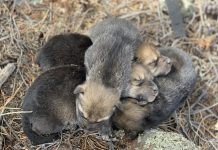 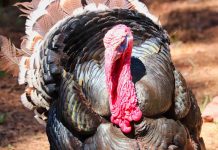 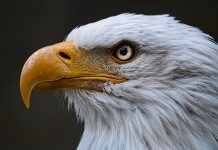