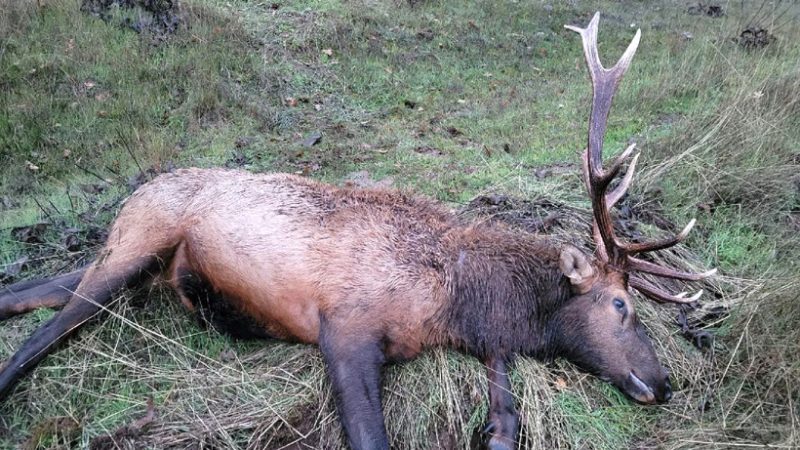 Three Oregon residents have been charged for poaching elk and deer in the state. The investigation began when the Oregon Fish and Wildlife Department received a photo tip. The photo showed a suspicious harvest of a 6×6 bull elk. The bull elk in question was loaded full body into a trailer near Mosier.

The investigation led officials to the home of Lionardo Munoz where the bull elk head and hide were still in the back of the truck. After interviewing Munoz it was found he had an elk tag. However, it was only for spike elk, not a big bull. Likewise, Munoz pointed investigations to his friend Matt Wilkinson.

During the interview with Wilkinson, investigators were told that Rachel Hallett, Wilkinson’s wife actually killed the elk in the Santiam Unit. However, officials found three illegally killed deer heads and hides. As a result, all three individuals were charged with poaching.

“An elk is a big animal, not easy to pack out without gutting and quartering it. That in itself was suspicious, especially in our patrol area.” – Senior Trooper Brent Ocheskey

All Three Charged with Hunting Crimes

Munoz was ordered to pay $15,000 for the elk and another $431.25 to OSP-FW for processing the animal. Likewise, he is on probation for 18 months and also can not hunt or fish for three years.

Wilkinson will have to pay 1,000 for the elk and also plead guilty to illegally killing a buck. He was forced to forfeit all heads, hides, tags, and licenses. Likewise, he can’t hunt for five years, he must serve 40 hours of community service, and lastly, he is on probation for one year.

Hallet was ordered to complete 40 hours of community service and was banned from hunting for three years for illegally killing one of the buck deer. Likewise, she had to forfeit her heads and hides.

What are your thoughts on these three being charged for poaching? Have you ever helped catch a poacher? Let us know in the comments!