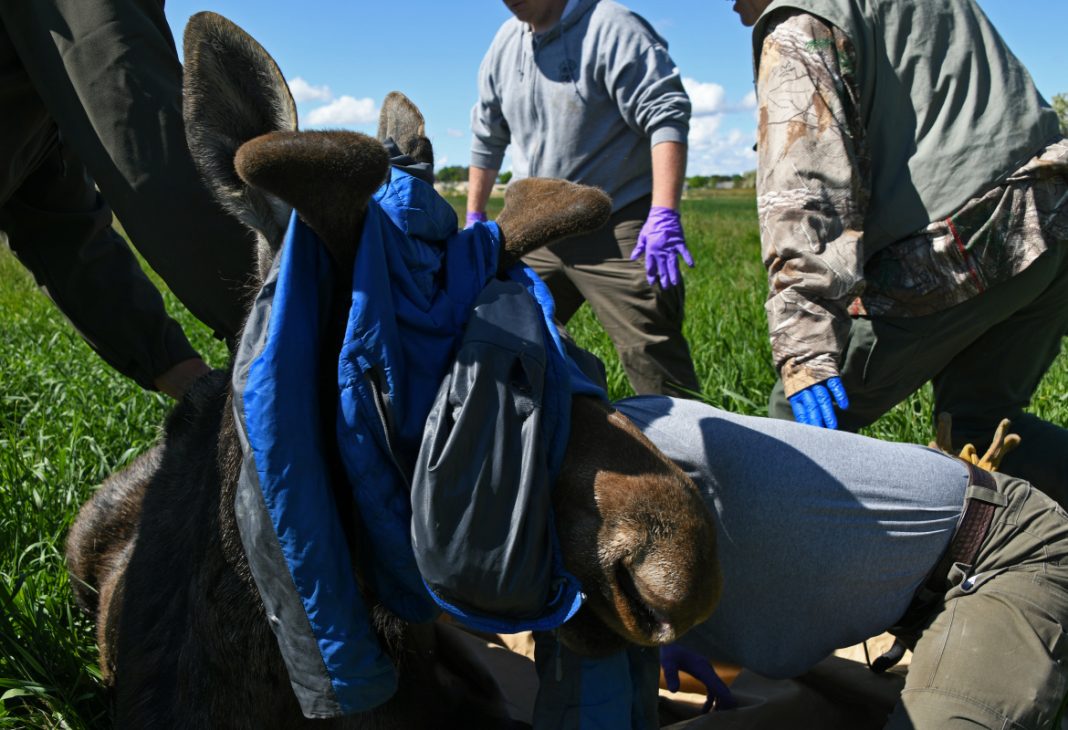 Two yearling bull moose wandered into Twin Falls in mid-June. On Saturday, June 18, 2022, the Twin Falls County Sheriff received calls from multiple citizens about two moose in the area. The yearling moose were in close proximity to highway 30. This presented a safety hazard and Fish and Game officers began searching the area. However, they were unable to locate the moose until the following day.

Once the moose were located the decision was made to relocate the animals. Officials located the two yearling bull moose in a hayfield and approached them. Once officials were close enough they successfully darted the two.

Wildlife biologists with the Magic Valley Region speculate that these moose came from the South Hills where the moose population is doing very well. this area is one of the few areas in the state that continues to see steady growth in the moose population. It is common for yearling moose to seek out new areas after the cow forces them out on their own.

After checking the health of the two animals biologists safely relocated the two moose to an area north of Fairfield, near Couch Summit. This area will allow the animals to roam freely and safely.

The IDFGD asks residents to report any sightings of large wildlife especially moose and bears.

So, what are your thoughts on this incident? have you ever had to call officials about wildlife in town? Let us know in the comments!