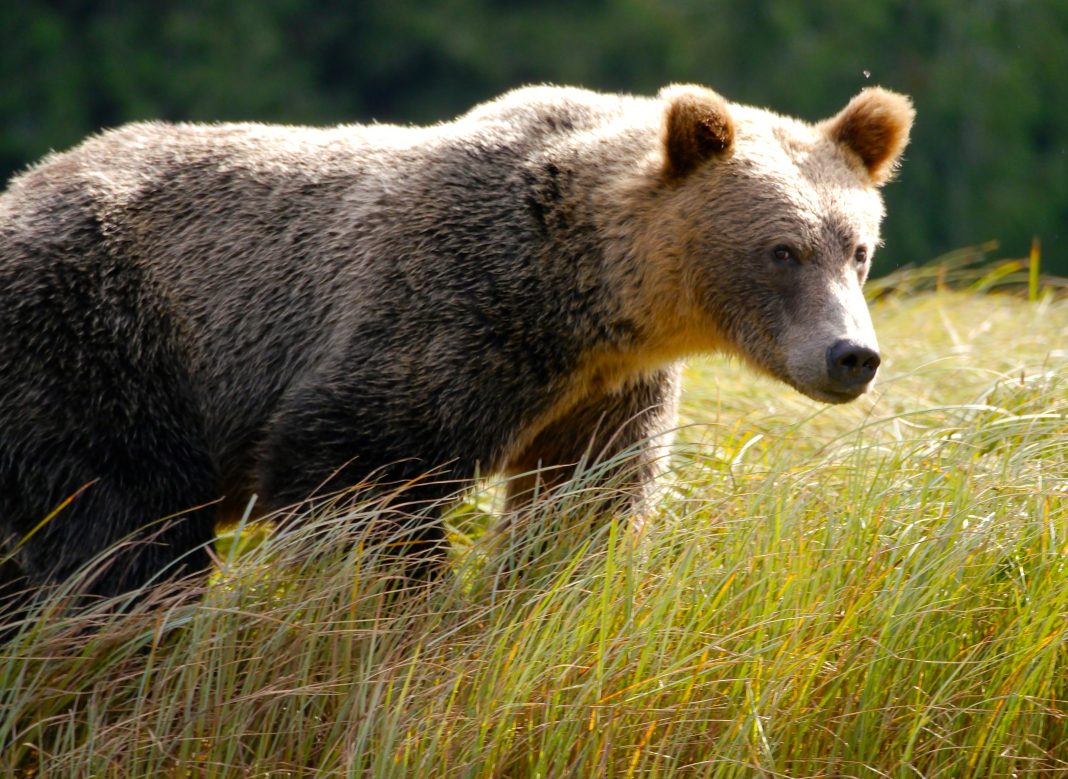 A Montana grizzly bear has been captured and relocated. Montana Fish & Wildlife officials captured the bear after it was seen at Rainbow Point Campground earlier in the day. While at the campground the bear got into a human food source at a campsite. Following the campsite raid, the bear then broke into a nearby cabin and go into the garbage can. Following the capture of the grizzly bear, it was relocated to the Grizzly and Wolf Discovery Center.

Relocated to a Discovery Center

The Grizzly and Wolf Discovery Center is located in the city of West Yellowstone. It’s not a common occurrence for relocated grizzlies to end up at a discovery center. Typically, when MFWP encounters a problem bear they release it back into the wild or euthanize it. However, since this bear was not being aggressive towards people in the area they decided to relocate it. The discovery center recently had to put down one of its older bears so they had an open slot. The 5-6-year-old male grizzly was placed with two other bears a little younger than it.

John Heine, executive director of the Center said the bear seemed to have a personality that would work well there. He also stated that because it was a younger bear, it might adjust well to captivity. Heine also stated that the bear will take part in the Centers testing program. The program allows companies to test their bear-proof items by letting the bears at the Center try and break into them. Coolers, garbage cans, and camping gear have all been tested by the bears at the Center. This program helps ensure products can keep out bears, which in turn can keep wild bears wild.

“It was just a good fit for us so we went ahead and offered it a home. Having that bear test the gear will let it give back a little to its wild counterparts.”- John Heine, executive director of the Grizzly and Wolf Discovery Center

What are your thoughts on this grizzly bear being relocated? Do you think this is sound wildlife management? Let us know in the comments!