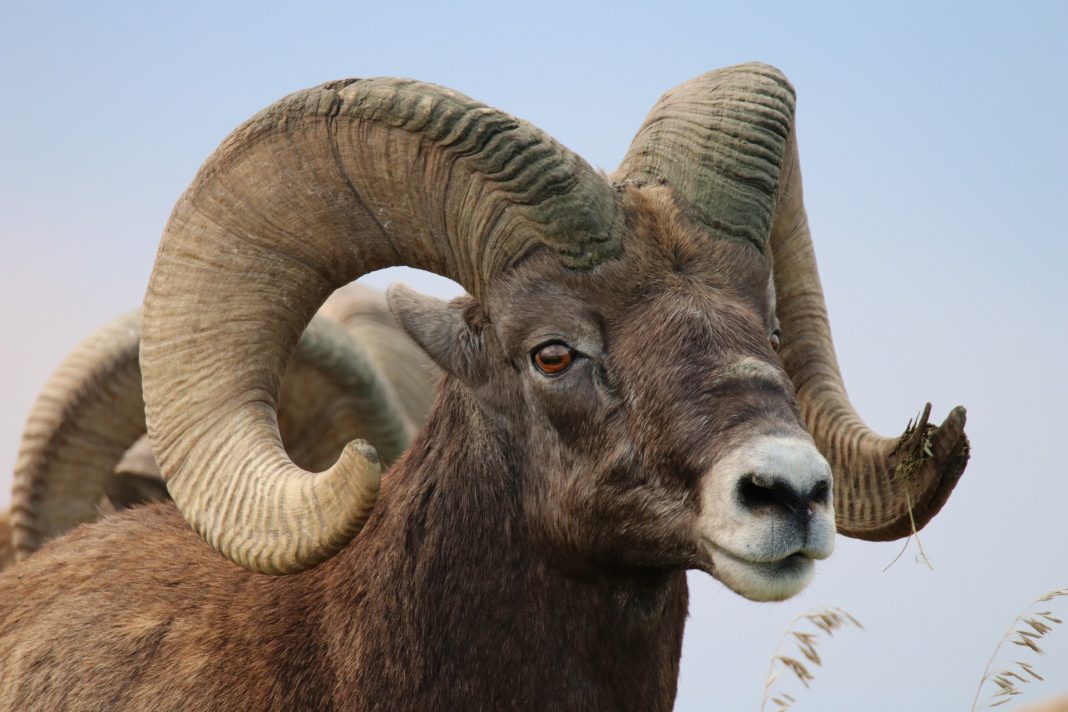 “That afternoon we entered the South Fork of the Judith. At that time there was no wagon road into it. A few trees felled across the lower canyon made Jake’s fence. Shut off from the outside world it was a hunter’s paradise bounded by walls of mountains and containing miles of grassy open spaces more green and beautiful than any man-made parks. These parks and the mountains behind them swarmed with deer, elk, mountain sheep, and bears.” – Author C. M. Russell on his time living at Russell Flat from 1880 – 1882

In 1962 Montana wildlife officials transplanted 18 bighorn sheep in the central Little Belts. However, this restoration attempt failed. A few bighorns have wandered into the Little Belts during the last ten years. Wildlife biologists have documented bighorn populations in the area since 2015. However, the staff has yet to find more than 6 sheep at one time. This small herd is believed to have migrated from the HD 482 herd, this herd was established in the Beartooth WMA which is roughly 50 miles away. The proposal is asking to relocate 50 bighorns into the area, 5 rams, and 45 ewes. The plan is to release them during winter of 2020/2021, with the release being on public land near the South Fork of the Judith River. All released animals will have GPS tracking collars that will last 5 years. You can be apart of this proposal during the public comment period. People looking to comment on Montana bighorn management should go to the Montana Fish, Wildlife & Parks website.

What are your thoughts on the Little Belts bighorn management proposal? Would you like to see more bighorn reintroductions? Let us know in the comments.