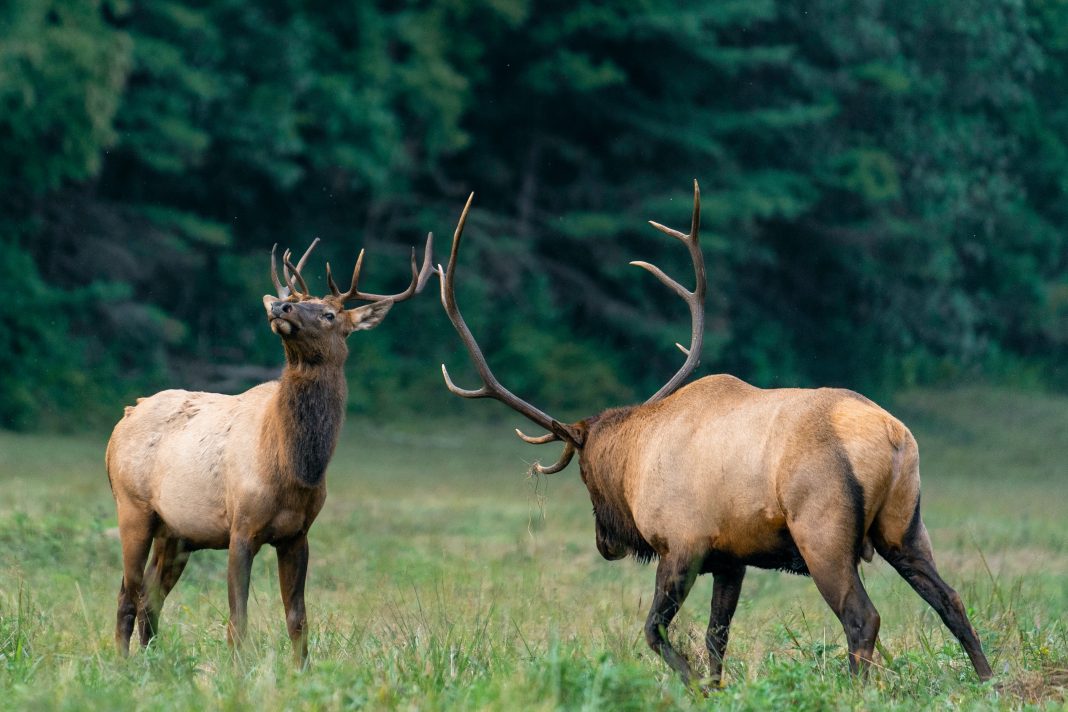 Recently we discussed Missouri’s first elk hunt. During the Ehuntr Newscast, we sat down with Aaron Hildreth, a biologist for the state of Missouri. Now five lucky hunters have been drawn to take part in Missouri’s first elk hunt. The Missouri Department of Conservation stated that 19,125 hunters applied for the five elk permits. The five hunters can then each harvest one bull elk that has at least one antler being a minimum of six inches long. The five hunters may also hunt using archery methods Oct. 17-25 and firearms methods Dec. 12-20. If a hunter fails to harvest an elk during the archery season they may also hunt the firearms season. The five hunters were all very excited and each of them had lots to say about being drawn for the permits.

Joseph Benthall of Mount Vernon, 37, stated that he has been deer hunting off and on for 25 years and has not hunted elk before. He also said he applied for the hunt because he’s always wanted to hunt elk. However, the cost and time to try and hunt elk out west had always been an issue. Benthall says he plans on taking full advantage of the rifle season.

Bill Clark of Van Buren, 78, has spent most of his time hunting deer and small game. However, he did travel to Wyoming and Colorado in the 1990s to hunt elk. Clark states he applied for the hunt because he supports MDC’s elk restoration and management efforts, and wildlife management in general. He adds that he frequently sees elk on his 80-acre ranch near Peck Ranch Conservation Area.

Michael Buschjost of St. Thomas, 39, says his passion is bowhunting. Buschjost has hunted Montana, Colorado, and Wyoming for elk and had good success. He states that he is very excited to include his 3 kids in the scouting process.

“Pretty darn excited to draw this tag! I’m really looking forward to being part of this first hunt. A ton of work has been done on MDC’s part to make this happen.” – Michael Buschjost

Samuel Schultz of Winfield, 42, has been hunting and trapping all his life. In the early 2000s, he was successful in harvesting a bull elk in Colorado. He also states that he loves that MDC brought elk back to Missouri.

Eugene Guilkey of Liberty, 59, states he’s hunted for deer and small game most of his life. He plans on hunting elk during both archery and rifle seasons.

“Growing up in Missouri, I used to hunt rabbit, squirrel, quail, and dove, along with deer and turkey. I have never hunted elk. The cost of a trip like that kept me from pursuing that dream. I also battled cancer last year, and during my battle and recovery, I found an elk-hunting show on television that only hunts public land. I thought perhaps one day I could do that… and now I can! At this time last year, I was given the news I had cancer. Now, a year later, I’ve been given the opportunity of a lifetime! Thank you for the chance!” – Eugene Guilkey

What are your thoughts on Missouri’s first elk hunt? Do you plan to apply for this hunt in the future? Let us know in the comments!