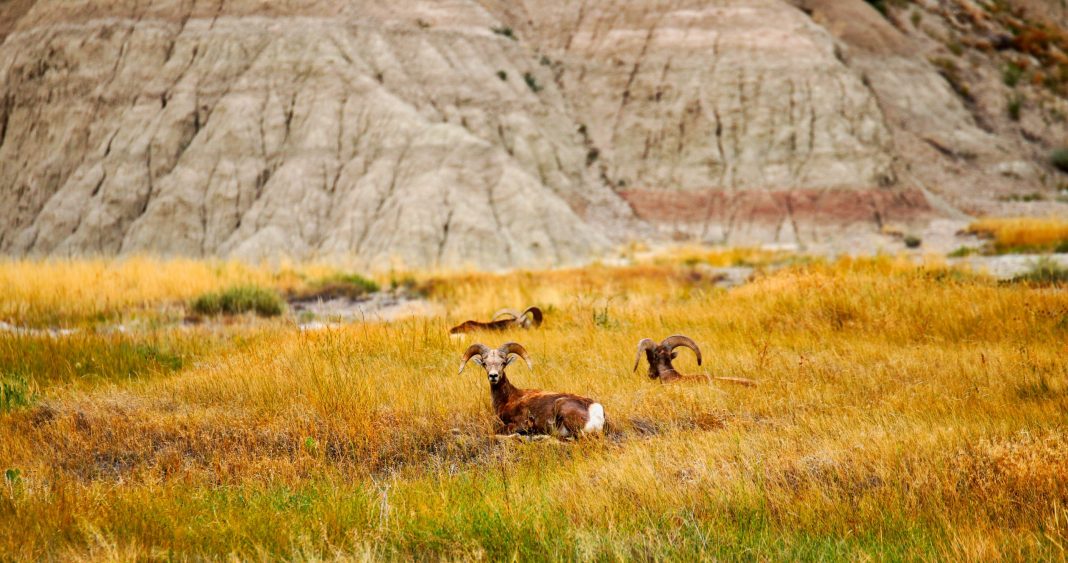 BIGHORN SHEEP REINTRODUCED ON ANTELOPE ISLAND – Bighorn sheep have a long history on Utah’s historic Antelope Island.  Most people are familiar with Antelope Island by its large mule deer that call it home.  Many wildlife photographers spend countless hours photographing those beautiful deer.  Thanks to the Utah DWR, photographers will again have the opportunity to film bighorn sheep.

Many people know Antelope Island for its amazing bison and world-class mule deer.  It truly holds some of the best animals in the world.  Included in those species are bighorn sheep.  Bighorns have a long history on the island, and in today’s podcast, we chat with Jace Taylor of the Utah DWR about the recent transplant they conducted.  Jace is the lead biologist for wild sheep in Utah, and he played a vital role in the release.  The transplant was also conducted and paid for by KUIU!  Huge shoutout to them for making this project possible.

Bighorn sheep have been on Antelope Island for many of centuries.  In fact, they existed on the island up until the early 1900s.  Bighorn sheep were then reintroduced to the island in 1997, when the the DWR released 29 sheep.  These sheep flourished on the island.  They were able to grow to a total of almost 250 sheep.  The DWR then used those sheep to help build herds in other areas of the state.

In the latter part of 2018, Utah biologists began to notice that some of the sheep were dying unexpectedly.  After much research and testing, it was found that the sheep were dying from a respiratory disease.  Fearing that the disease would continue to spread, the DWR euthanized the remaining sheep on the island.

The Utah DWR has been working with many organizations to help reintroduce the species back to the island.  Some of the organizations include The Wild Sheep Foundation, Utah State Parks, and KUIU.  These organizations were able to obtain the funds to purchase twenty-five bighorn sheep from Rocky Boys Reservation in Montana.  Once purchased, they worked with Utah biologists to transplant the sheep to the island.

“This is a huge win for bighorn sheep in the West,” Brendan Burns, KUIU’s Chief Hunting Officer and Conservation Director, said. “This project shows the power of what’s possible when the hunting community works together toward a common conservation goal to drive real results.”

The Utah DWR is taking action to ensure that the respiratory disease doesn’t affect this new herd.  They are building fence to ensure they don’t have contact with other animals that may contract the disease.  They are also putting GPS collars on the sheep to be able to keep a close eye on them.

“Antelope Island has already proven itself as an invaluable resource for bighorn sheep in Utah, due to its ideal rugged habitat and relative isolation,” DWR Bighorn Sheep Biologist Jace Taylor said. “Even though the previous Antelope Island bighorn herd was lost, there are currently more than 600 bighorns in Utah that are descended from the 29 bighorns brought to Antelope Island in 1997. We hope this new bighorn herd will be even more successful and help provide a bright future for bighorn sheep across all of Utah.”

Are you excited to see bighorn sheep back on Antelope Island?