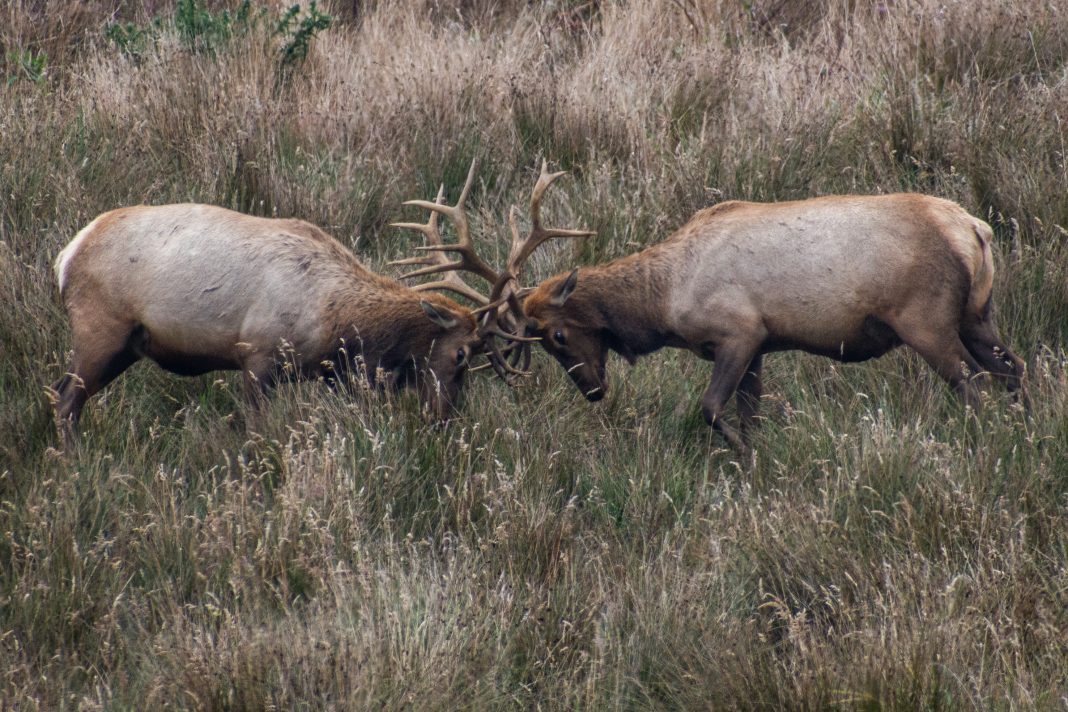 “All our managers are just trying to maintain opportunity to control elk populations in much of the state.” – Doug Brimeyer, Deputy Chief of Wildlife

This population increase has been happening throughout the state. however, the far western part of the state has seen minimal growth. In the Jackson region, the goal is to keep elk permits at their current level. The iconic Jackson elk herd has become a hot button issue as elk feeding grounds continue to be in the crosshairs. During the Game and Fish meeting this month, the committee discussed changing the 11,000 elk herd objective. The concern is that the objective of 11,000 is well over the National Elk Refuge’s goal of 5,000 animals. The other concern for the committee was the first positive CWD test near the refuge that happened last year. The worry is that the elk herd density on the Refuge could make CWD spread quickly and cause a mass dieoff. The committee also announced that the elk reduction program in the Park and around the Refuge should continue this year.

The committee expects an increase in elk hunters this year of around 6,779 hunters. Likewise, they expect elk hunters to have roughly 42% of hunters to be successful in 2021.

So, what are your thoughts on the elk permit increase in Wyoming? Do you plan on hunting Wyoming elk this year? Let us know in the comments below.