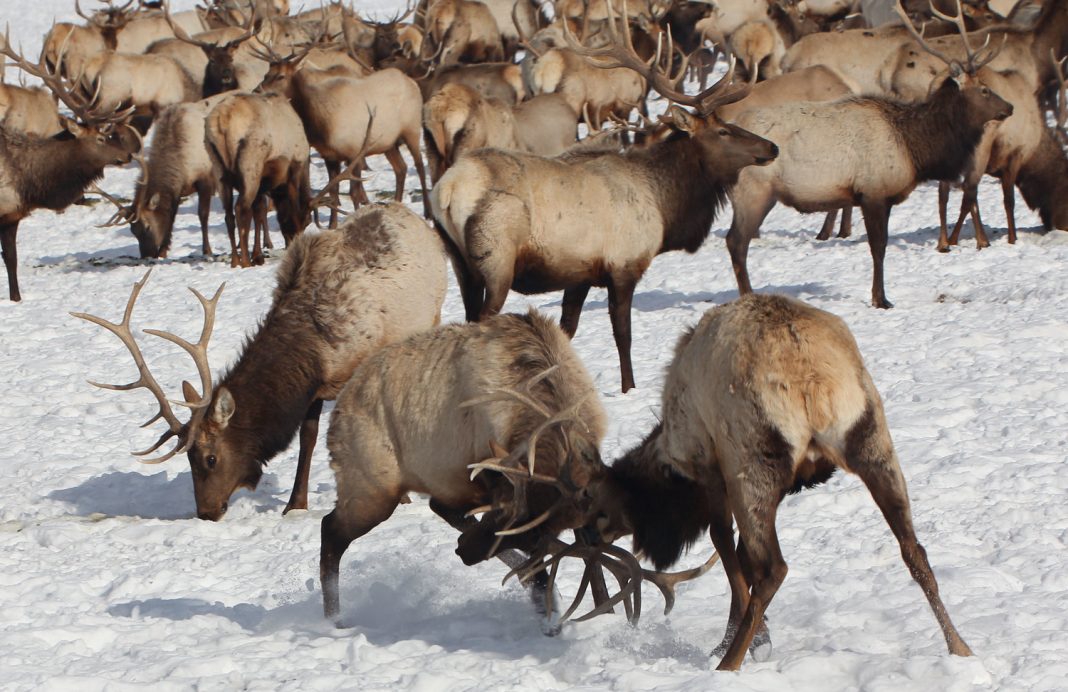 Hunting in the National Elk Refuge? For most hunters that seems like a dream come true. However, those dreams can now become a reality. Wyoming hunters than have an unused valid elk hunting license can now apply for permission slips that allow them to hunt the National Elk Refuge. Hunters interested in applying should go to the Wyoming Game and Fish Access Yes website. Below we will discuss the history of the refuge and how hunters can hunt the elk within the refuge.

The History of the Refuge

At the turn of the 20th century, many people in the Jackson area were concerned with the sick and starving elk. In 1910, Stephen Leek attracted national attention by his writings, photographs, and lectures about starving elk in the Jackson area. Leek had made name for himself by becoming a successful rancher in the area. Likewise, he became a well-known wildlife photographer. That same year, with prodding from Leek, the Wyoming Legislature appropriated $5,000 to be used to buy hay to feed the elk herd. In 1911, the Wyoming Legislature asked the U.S. Congress to work with the State of Wyoming in feeding, protecting, and preserving big game. Consequently, on August 10, 1912, Congress set aside lands for a winter game reserve in the state of Wyoming south of Yellowstone National Park.

Over the years the Refuge has provided crucial winter habitat and feed for several native Wyoming species. Recently, the Refuge and Wyoming’s feeding programs have come under fire by many. Opponents to the Refuge claim that creating such a large feeding area makes the wildlife dependant on humans for food. Likewise, others claim that having so many elk gathered close together could allow diseases to be passed more easily.

Hunting within the Refuge

Hunters looking to apply for permission slips to hunt the National Elk Refuge should be aware of the process. Likewise, hunters should familiarize themselves with the Refuge rules. Below we will list important information regarding hunting with the Refuge.

So, what are your thoughts on hunters being able to hunt within the National Elk Refuge? Are you going to apply for a permission slip? Let us know in the comments!