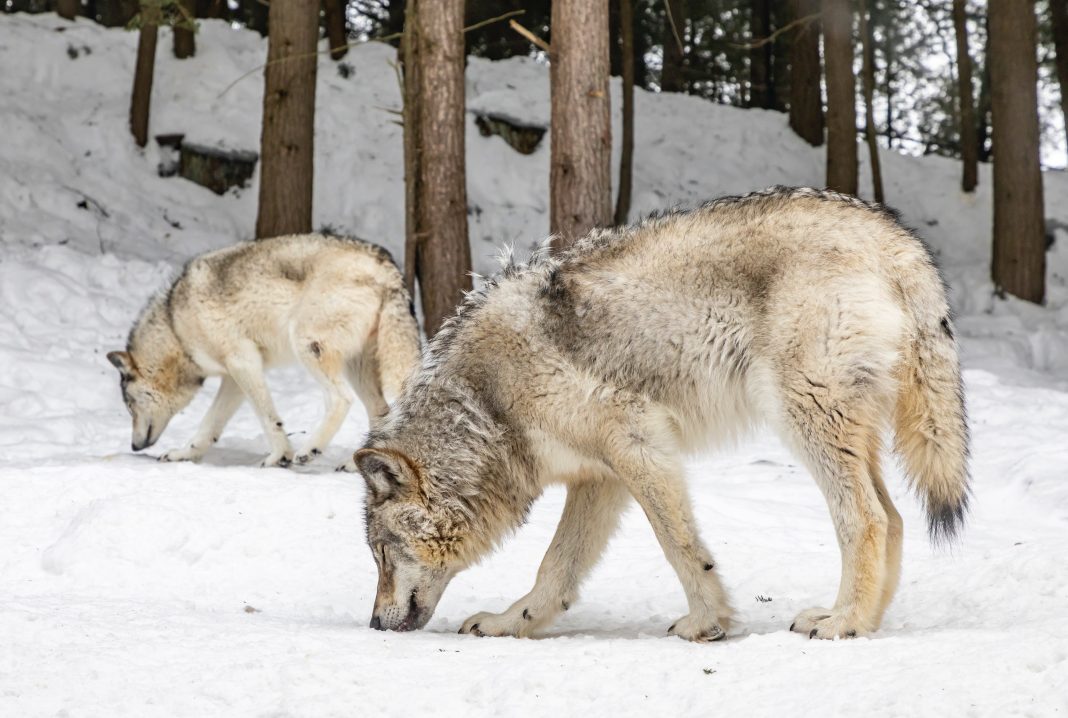 Two men from Montana were recently cited for poaching wolves. Certainly, this poaching took place a little bit more unusual than most.

In this poaching case, Dalton Thomas Tamcke and Justin Samuel Peterson were hunting coyotes from a helicopter. Hunting wolves in Montana is not illegal. However, hunting them without a license and/or from the air is illegal.

“authorities didn’t pursue charges against the helicopter pilot that was flying the two men or the company, saying it was the shooters’ responsibility for what happened. The wolves were an adult male and female and have been kept in an evidence freezer at the agency’s office in Dillon.”

As a result, each man paid a fine of over 400 dollars. Neither lost hunting privileges or paid restitution. They claim that they mistook the wolves for coyotes. Subsequently, Dalton and Justin realized their mistake after recovering the bodies on snowmobiles and cooperated with authorities.

Montana removed the wolf from the state endangered species list in 2011. Both livestock and hunting advocates are calling on the state legislature to do more to control the species.

Currently, there are an estimated 1,200 wolves in Montana. and negative human interactions are increasing. Consequently, neighboring state Idaho claims that cattle and sheep ranchers have lost out on hundreds of thousands of dollars because of wolf impacts.

Montana’s Governor Gianforte has signed several bills changing wolf hunting. These include the use of snares, night-vision equipment, and bait. Idaho is moving forward as well in making similar changes to control its own wolf population.

What do you think of the fines? Have you wanted to hunt a wolf or think they should be left alone? Have you ever seen a wolf in the wild? Let us know in the comments!