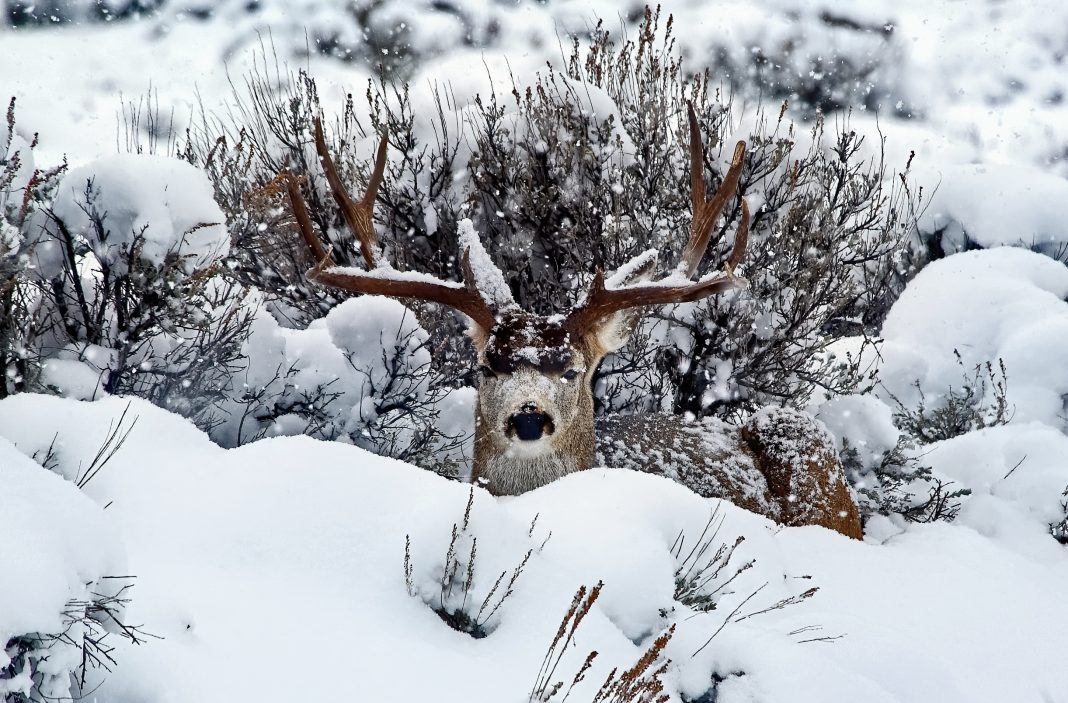 DWR FEEDING DEER IN NORTHERN UTAH – Residents across the state of Utah have seen high numbers of snow fall over the past several weeks.  In some areas, there have even been record setting numbers.  Although this is great for snow pack and future feed, the heavy snow can cause problems.

Due to the deep snow that has fallen in areas of northern Utah, specifically in Rich and Summit Counties, the DWR is having to feed deer.  The DWR biologists have completed studies over the past weeks, and it is showing an impact in the deer population’s health.  Deer aren’t able to get to the feed they need to continue to grow and survive the harsh winters.

“In the areas where we’re feeding, the vegetation that deer eat in the winter is completely covered by snow,” DWR Northern Region Wildlife Manager Jim Christensen said.

Although many ranchers and farmers want to help feed the deer in these areas, the DWR is asking that the public not feed the animals.  Especially if they’re trying to feed them foods like alfalfa or hay.

“Deer will eat hay, but if that is their only source of feed during the winter they can have a very difficult time digesting it,” Christensen said. “We often find dead deer with stomachs filled with hay. We appreciate people wanting to help the deer, but we strongly discourage people from feeding hay or other things to deer. These are special circumstances that follow Division policies, involve trained professionals and utilize specialized feed. We still recommend that the public doesn’t feed wildlife, due to safety concerns, among other things.”

DWR officials will continue to monitor the herds as they continue to feed them throughout the winter when the feed is covered in snow.  They are also trying to avoid feeding in areas where CWD is prevalent.

Have you seen the impact of malnutrition in deer herds where you live?