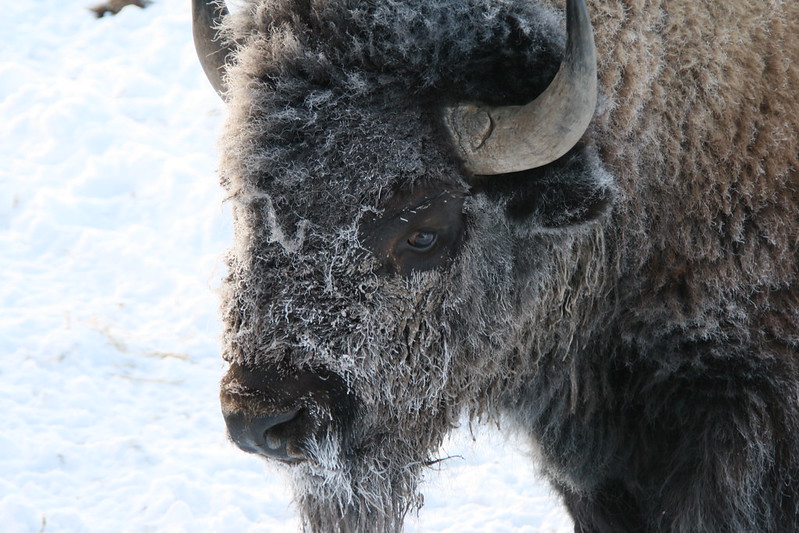 Hunters have seen a strong bison migration out of Yellowstone Park this year. The bison, most likely driven by the heavy winter weather, have had a steady migration out of the Park. This is very different than the last two seasons. The bison within the park typically migrate toward the Park’s northern and western borders.

Once the bison cross the Park’s border both state and tribal hunters are waiting for them. While the hunt is still ongoing, early reports are showing that 170 Yellowstone bison have been harvested this winter.

The majority of these bison were harvested by members of the Confederated Salish and Kootenai Tribes, Nez Perce Tribe, Blackfeet Nation, Shoshone-Bannock Tribes, and the Confederated Tribes of the Umatilla Indian Reservation. State hunters have taken roughly 30 bison during the same timeframe.

The Montana bison season runs from Nov. 15th – Feb. 15th. The weather this year has led to a stronger bison harvest than the previous two seasons. This is largely due to how poor the winter snowfall had been in those last two seasons. With less snow the bison did not need to leave the park, resulting in a lower harvest rate.

On top of the stronger harvest, some animals have been captured at the Stephens Creek Capture Facility. This facility holds the bison while they are tested for brucellosis. Some of these bison will be slaughtered and sent to other native tribes in the area. Likewise, some bison will be enrolled in the Bison Conservation Transfer Program. The bison in the program will be transplanted to Tribal Nations around the US.

Bison are managed with the goal of keeping both the bison herd and Yellowstone Park healthy. Likewise, there is concern that the bison could pass brucellosis on to cattle in the area. The population of 6,000 bison is the highest number officials have ever recorded within the Park. This increasing population is the reason that the management practices that are mentioned above were created in the first place.

What are your thoughts on this migration hunt for bison? have you hunted bison before? let us know in the comments!