SOUTH CAROLINA COYOTE HARVEST INCENTIVE PROGRAM – South Caroline has come up with a clever way to encourage hunters to kill more coyotes.  Officials with the South Carolina Department of Natural Resources (SCDNR) have tagged 24 coyotes within the state.  A hunter who kills one of the tagged coyotes will receive a lifetime hunting license in South Carolina.  This incentive is part of the Coyote Harvest Incentive Program (CHIP).

However, one does not simply earn a lifetime hunting license by just killing the tagged coyote.  Hunters must save the carcass and present it to SCDNR officials.  At that point in time, officials will issue the hunter a complimentary hunting license.

This program is to assist in the protection of deer and small game populations.  The purpose is not to eradicate the predators, but to give hunters more reason to go coyote hunting.  The ability to keep tabs on predator populations and maintain a healthy ecosystem is believed to be a likely result.

Reported by WSPA, Coyotes first appeared back in 1978.  Since that time, they have quickly spread throughout the entirety of the state.  Managing their population has become a priority in recent years.  South Carolina has implemented several plans to incentivize hunters to help manage the predators.  This program, which was also implemented in 2017, is one way.  They also provide a bounty program.  The program pays $75 for every coyote killed.

It is unknown whether South Carolina is facing a decline in predator hunting, or how much the Coyote population has grown.  Coyote hunting is becoming more and more popular across the United States.  Hunters that normally hunt big game and upland game are turning to predator hunting to fill their offseason.  South Carolina is now presenting a new incentive that might lure a lot of those hunters into the state with this new program.

Do you think this is effective predator control? MAN TELLS JUDGE HE MADE BOMBS FOR HUNTING COYOTES 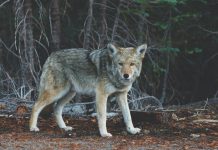 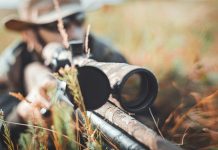 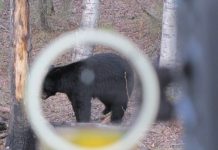