Even without the aid of optics, you could tell it was Popeye at a distance. Not many deer have stretched out well past 40″ wide, Popeye did. There were rumors of sightings of him during the summer and fall in the Wyoming Range of Western Wyoming. But they were just that, rumors. The Legend of ALL Legends. 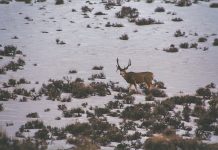 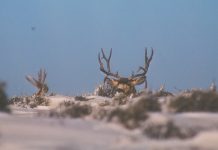 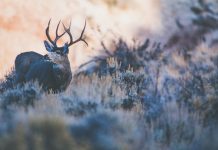