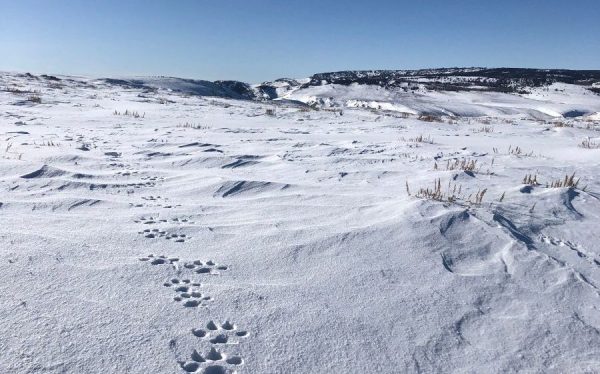 RESIDENT WOLF PACK IN COLORADO CONFIRMED – The New Year brings many different things for many different people. For the Colorado landscape, January 2020 marks a significant happening for native fauna. Canis Lupus, the grey wolf, has officially returned – in pack presence – to Colorado. It’s been nearly a century.

Lately, wolves in Colorado is a polarizing topic. Namely, Initiative 107 – forced “re-introduction.” Regardless, they are now present and it is an historic event. Many sightings have been reported over the past 15 years, some corroborated by video and wolf carcasses. CPW has now confirmed a resident pack.

“Colorado Parks and Wildlife (CPW) officials are confirming they have additional evidence that a group of wolves is now residing in northwest Colorado.

On Jan. 19, CPW wildlife officers investigated the discovery of an animal carcass surrounded by large wolf-like tracks in the northwest corner of Moffat County.

While conducting their investigation in the field, they made an attempt to locate the wolves. In their search, they heard distinct howls in the area. Officers used binoculars to observe approximately six wolves about two miles from the location of the carcass.”

The EHUNTR Newscast was fortunate to get an interview with JT Romatzke, CPW Northwest Regional Manager. Romatzke’s expertise regarding Colorado’s wildlife is authoritative and very informative. In the new release, Romatzke commented:

“Right after our two officers heard the howls from the wolves, they used binoculars to observe approximately six wolves about two miles from the location of the carcass. After watching them for about 20 minutes, the officers rode in to get a closer look. The wolves were gone but they found plenty of large tracks in the area.”

Wolves fall under U.S. Fish & Wildlife jurisdiction. As such, killing a wolf can result in federal charges, including a $100,000 fine and a year in prison, per offense. USFWS and CPW encourage reporting wolf sightings online.

Did you think you would see the day that wolf packs would naturally return to Colorado?