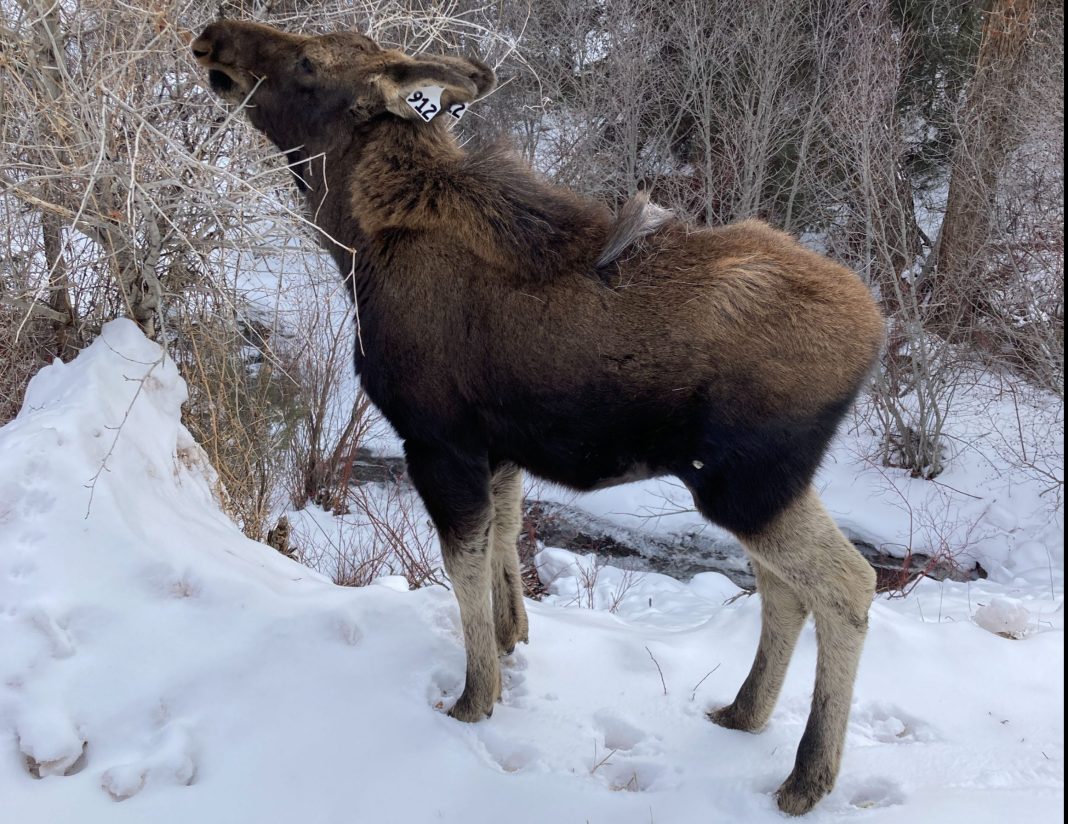 As seems to be an increasing trend in Colorado, another up-close encounter with moose occurred.

On March 11, CPW responded to reports of two moose in downtown Grand Lake. Upon arrival, they found a female moose with her yearling calf. Almost like something out of a cartoon, they were standing at an entrance to a local restaurant.

“Moose are common in Grand Lake throughout the year. It’s not uncommon to see them on or near the Grand Avenue Boardwalk, and the swim beach at Grand Lake. On Friday, we witnessed people getting dangerously close to the moose and evidence of illegal feeding. Caution and common sense go a long way in preventing injury or death to humans and wildlife.” – District Wildlife Manager Serena Rocksund

While CPW was monitoring these two moose, they received another report of an encounter, this one was of an abandoned moose yearling in the area. They were able to locate this moose and found evidence of it becoming habituated to humans. As a result, CPW made the decision to relocate this calf outside of town.

“We cannot stress this enough. Moose, especially calves, are not pets. The best and the only way to view them is from a safe distance.” – Colorado Parks & Wildlife

In other words, leave wildlife alone. Even good intentions can have fatal consequences. For instance, feeding wildlife can kill them.

“Not only is it illegal, but it is also very harmful to their health. Wildlife has a complex digestive system that is not adapted to handle human food. When people intentionally place or distribute food that does not naturally occur in the animals’ habitat, such as carrots, birdseed, hay, or salt blocks, it can lead to illness or death.” – Colorado Parks & Wildlife

Who Should I Call?

If you have concerns about wildlife in your area, contact your local wildlife managers. They are trained to know what to look for and how to best help wildlife. Approaching wildlife, especially a moose with a young calf, can be extremely dangerous.

What animals do you enjoy seeing? Have you ever had a close-up urban encounter? Let us know in the comments!