HENRY RIFLES SIDE GATE 30-30 REVIEW – A lot of hunters are fans of the “wild west”.  We especially love the guns of the wild west.  Truth be told, some of the old-time guns shaped the country that we live in today.  Those guns include the Colt Peacemaker and the Derringer pistol.  However, when the lever action rifle was introduced, it changed long range shooting forever.

I am a huge fan of lever action guns, and I have a couple of them.  Recently I was sent the Henry Firearms Steel Side Gate 30-30.  Not only one of my favorite styles of guns, but in one of my favorite calibers.  I grew up shooting a 30-30, and I was excited to test out Henry’s version of the classic.

One of the main reasons we purchase a gun is because of the way it looks.  A gun has to not only perform well, but it has to look the part too.  Henry Rifles definitely accomplish that goal.  The steel version of Henry’s rifles is the base model in their lineup.  However, although it’s the base model, it still looks beautiful! 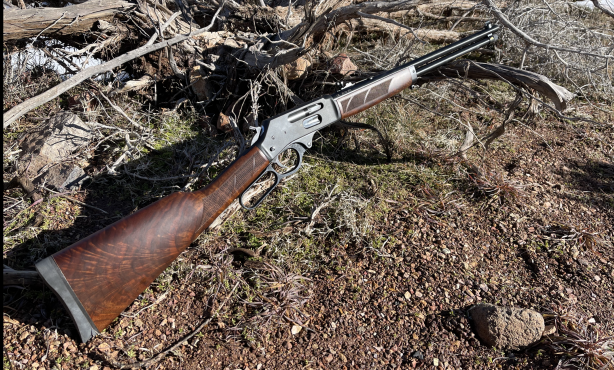 Henry also has other models that look amazing.  The Golden Boy is a favorite amongst enthusiasts, but there are also patriotic themes and more modern themes as well.

The stock and forend of the Steel model is beautiful, as you can see from the picture above.  The bluing is also very well finished on both the receiver and the barrel.  Bluing is an issue that I’ve had with 30-30’s in the past, but the quality on the Henry looks like it will be a finish that will last a lifetime.

I was very pleased with the overall performance of the Side Gate 30-30.  Straight out of the box, the gun shot well.

I didn’t change the sights on the gun through my initial test.  I wanted to see how the gun shot directly out of the box, and it didn’t disappoint.  The first 4 shots out of the gun were quite astounding.  The first bullet was a flier that went to the right, and it looked like it tumbled a little during the flight.  However, the next 3 shots were spot on. 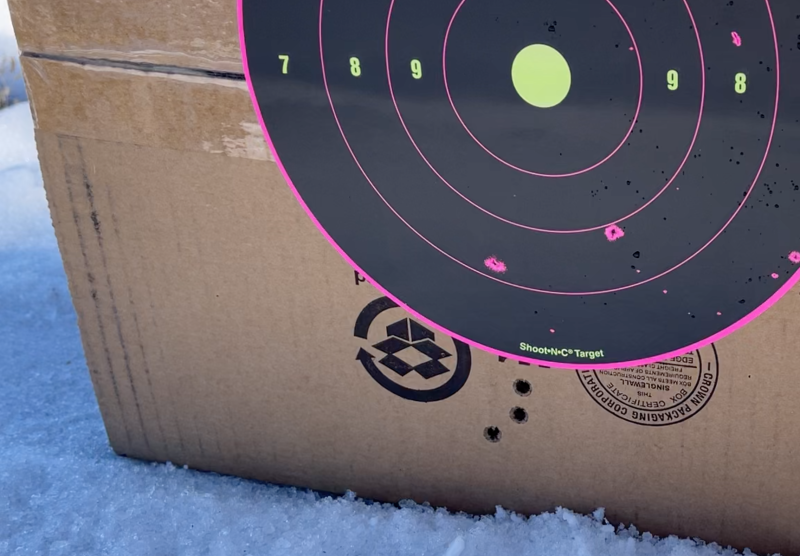 Throughout the testing, I continued to do 4 shot groups.  They were all within a 1.5-2″ group.  Which at 50 yards with open sights, that’s pretty fantastic!

The functionality of the Side Gate 30-30 is what stood out most to me.  As I mentioned, I have other lever action rifles, which are great rifles.  However, none of them compare to how smooth the Henry Rifles 30-30.  Loading the gun was extremely smooth.  Running the action was even smoother.

Overall, the gun performed like a dream.  I ran several rounds through as fast as possible, and they loaded without issue.  All the rounds fired without missing a beat, and the gun continued to shoot accurately.

Overall, I couldn’t be happier with the gun.  When you buy a Henry USA firearm, you expect it to be perfect.  Let me run through the list of pros and cons for the gun.

Overall, the gun is a dream to shoot.  If you’re in the market for a 30-30 lever-action gun, there is no reason not to go with the Henry USA firearm.  Check out the video below for a more in-depth review of the gun. 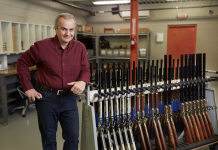 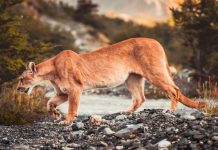