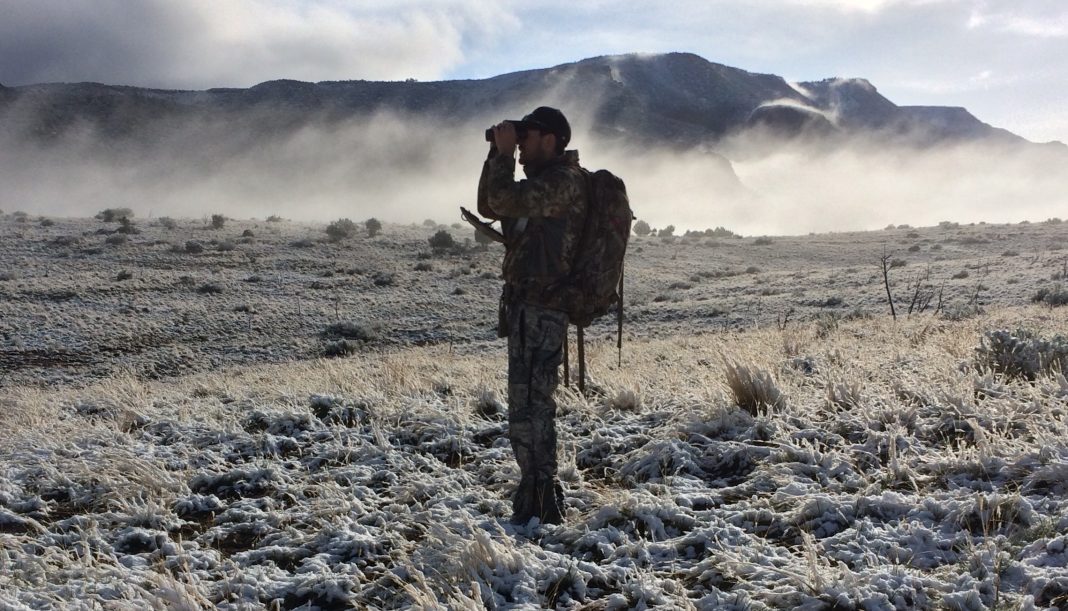 If you are going to put in for the draw in Colorado, you will need to have your applications in by the beginning of April. If you miss the draw or you don’t have enough points to draw, that’s okay Colorado has you covered!  Colorado offers residents and non-residents a few different OTC opportunities for a few different species.

Colorado offers opportunities for residents and non-residents to hunt elk in many units, whether you want to hunt with a rifle or a bow. The state offers 52 units with over the counter archery cow tags along with 135 either sex Archery units. If you’d like to hunt with a rifle that can easily be done in one of the 94 over the counter rifle antlered only tags that the state offers. These rifle tags can be purchased for the 2nd rifle or 3rd rifle elk seasons.

I love the opportunity to hunt every year. whether I draw a desirable tag or not. In 2016 I found myself hunting an over the counter unit. This tag allowed me to go into other units which is what helped me fill my tag. Opening day, I was up where I had scouted and saw a herd of seven bulls, but I couldn’t turn them up just four days later. Watching the weather closely, I packed things up and headed into a different unit knowing that a blizzard was coming, and I didn’t want to be caught in the high country in the expected weather conditions. Day two brought a gloomy morning with no sign of elk and by mid-morning the blizzard from the forecast set in forcing us to stay in the camper until it cleared. With only an hour left of daylight, the blizzard lifted allowing for a quick drive to some glassing points. On the drive, we found six bulls in a tough, but a doable place. 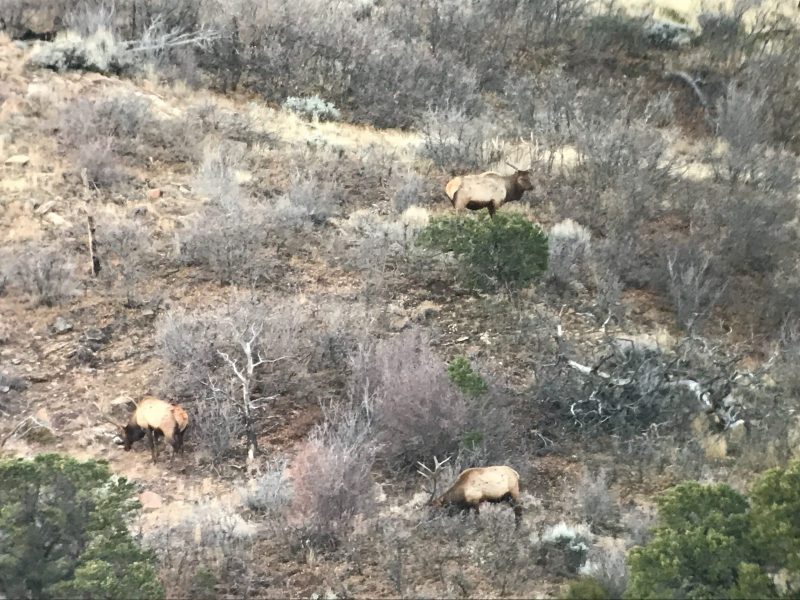 Making that trip our game plan for the next day, with fading light we decided to head back toward camp. As we arrived at camp, we noticed a bull on private but quickly recognized his movement toward public ground. I quickly got into position and waited for the bull to cross over onto public ground. As the bull crossed over, I ranged him and let the 300 WSM fly, the bull hit the dirt and the hunt was over. If it weren’t for the over the counter tag I would have been stuck in one unit, instead, I was able to jump to a completely different unit where I felt the elk would be going with the amount of snow that was expected. Two days after I got my bull, I took my cousin and friend out and we filled their draw only cow tags in the same unit that I killed my bull in. The storm had pushed a large herd of elk down into the area we were hunting and allowed us to fill three out of the five elk tags in camp.

If you are looking for other OTC opportunities Colorado has a few, Bear Prices have dropped to $39.75 for residents and $101.75 for nonresident, and the accessibility of these tags has increased. Colorado offers over the counter bear tags for all the regular elk and deer seasons and all methods of take. In previous years these tags have been limited, but starting this year, archery and muzzleloader add-on bear licenses are available in unlimited numbers. Hunters can add a bear license to their license list if they hold an archery or muzzleloader deer or elk license. Also, new this year, rifle hunters do not need to have a deer or elk license to purchase a bear license. These new changes from the price decrease to the increase in the availability of licenses should allow more opportunities and more success for those in the field and allow the state to hit more acceptable bear numbers across the state. 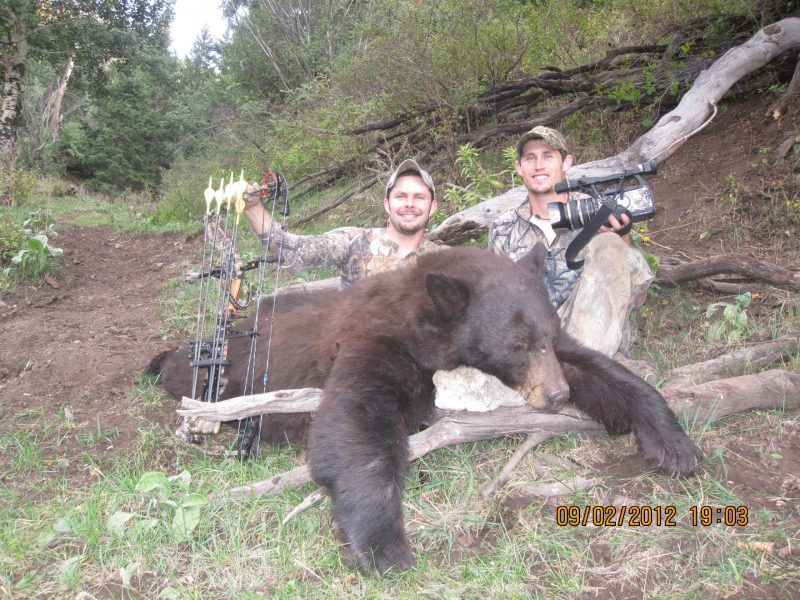 I am really into videoing hunts and one year I filmed my best friend on a bear hunt. We had scouted all summer for elk and noticed many different bears hitting the seep that we were planning to elk hunt. Since seeing a large number of bears, we had to get a bear license. Before the season began my buddy picked a license up. Opening day brought a brisk September morning. We had to leave camp well before daylight in order to get into our blind. We made it way down the slippery slope, down into the big canyon and got settled in for the long sit. First light brought in a young bear that we tried to get a shot on, but he just wouldn’t stay still, he took a drink and quickly left the water. This bear used the trail headed to where we were sitting and started to come into the blind, once he noticed us in the blind, five feet away, he bolted and never presented my friend with a shot. After another few hours, another small bear came in snagged a quick drink and left before a shot was presented. Knowing there were more bears we stayed put, around four in the afternoon a large sow came in for a drink, she sat and drank with not a care in the world. My buddy settled his pin and let the arrow fly. We had a perfect kill shot on film with plenty of blood to follow and track her down. After letting her sit for an hour, we began the track and found the bear piled up in the oak brush about a quarter-mile from where he had shot it.

Check out the video of this hunt on my YouTube page.

Two other OTC species are pronghorn either sex archery, and either sex or doe rifle white-tailed deer licenses which allow you to hunt many units across the state. With these licenses, you will have to pay close attention to private and public access. It could also benefit you to research the walk-in access program that the state has with some of the landowners across the state. The state has 130 units offering the OTC archery pronghorn license.

The great thing about the over the counter opportunities is they can be purchased without applying. They provide flexibility and if you don’t find what you’re looking for in one unit you can go to another, learn new terrain, mark off country as you go. It allows you to hunt different habitats and learn what the animals feed on and learn where they might head when they are being pressured. With some of these tags, it allows you to possibly hunt more than one species on your hunt. In past years we’ve had a deer, elk and bear tag. This meant that whatever we saw there was a chance we could pursue it. I hope this article gives you the information you need to decide whether Colorado has the opportunities you are looking for when planning your next hunt.