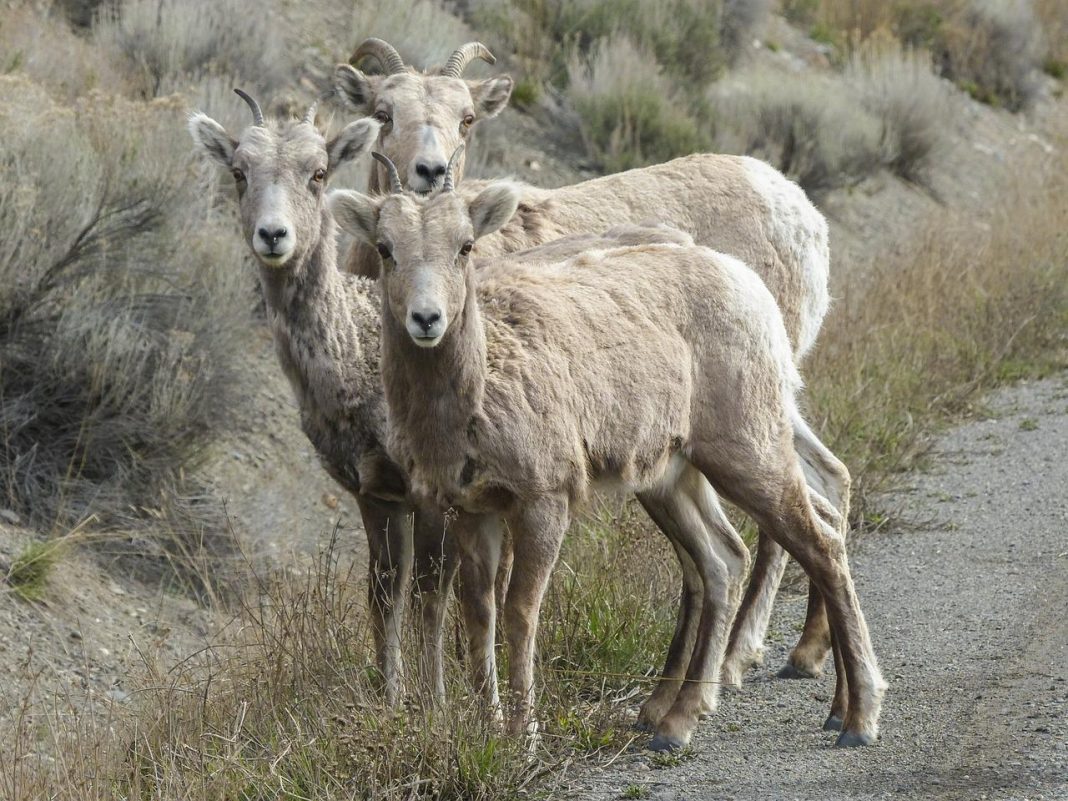 The Bighorn sheep counts from the North Dakota Game and Fish (NDGF) department concluded recently. The numbers were extremely encouraging for the health of the species. There were over 370 sheep counted with a record count of ewes and lambs. This is the fourth year in a row with increased counts of sheep. In 2014 pneumonia infected the herds and approximately 30 sheep died from the infection. The next year, due to the outbreak, NDGF decided to not have a sheep season. This was the first time since 1975 there wasn’t a Bighorn sheep hunt in the state. Beginning in 2015 there have been around 4 – 6 sheep tags awarded through the NDGF lottery system annually.

In 1805 during the Lewis and Clark expedition in the Badlands area, Bighorn Sheep were documented. During the next 100 years, the herds would eventually be eliminated. The reasons vary from hunting, predation and mainly domesticated sheep being brought into the area and transmitting diseases. The last documented Bighorn Sheep was killed in 1905 near the Little Missouri River.

North Dakota officially became a part of the United States of America on November 2nd, 1889. In 1930 the North Dakota Game and Fish Department was created to further preserve game and fish species in the state. NDGF started the process to reintroduce bighorns to the NW part of the state but it didn’t occur until 1956 when 18 bighorns were translocated from Williams Lake, British Columbia to Magpie Creek in North Dakota.

Since that initial reintroduction, there have been 6 more out-of-state and 29 in-state translocations to get the state to the current bighorn quantities that are present today. During the past sixty-plus years since the initial reintroduction, there have been ups and downs however the overall growth of this majestic species shows the hard work and dedication the NDGF has given to the bighorns! The NDGF’s long-term goal is to reach 500 bighorns in the state. Based on the scientific data, and the carrying capacity of their range, the department believes this is the maximum amount of sheep to maintain healthy herds.

So, What are your thoughts on the sheep rebound in North Dakota? Have you ever hunted bighorn sheep? Let us know in the comments!