It has been my good (or perhaps bad) fortune to hunt upland game, more specifically pheasants in both pheasant rich states and pheasant poor states. Most of my adult life I have lived in Utah where once we had a very strong wild pheasant population. That was back in the day when Utah was still predominantly a rural state, at least in so far as good pheasant habitat was concerned.

At the tail end of those days, say the late 1960’s and early 1970’s there were still plenty of fence rows, ditch banks, small wetlands, river bottoms and unfarmable areas in the mountain valleys of Utah. Birds were abundant with modest season lengths. It was traditional for fathers, sons, cousins, and uncles to get together to hunt opening day of pheasant season. All that is pretty much gone now.

The introduction of sprinkler irrigation systems and a population explosion with its accompanying housing boom eventually destroyed much of the pheasant habitat as farmland went to subdivisions and shopping centers. The season was reduced to a mere 8 days with a limit of two roosters. It was a lucky man who got his limit. A lot of good pheasant dogs went unused as they and their owners gave up on the sport. 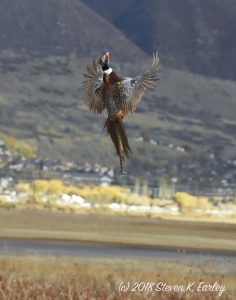 Contrast that history with the invite I received two years ago to join a hunting group in Gettysburg, SD as group photographer. First off, I was shocked to find out that shooting hours don’t begin until 10:00 a.m.! Even with the late start each area we hunted was filled with birds, especially the cattail patches. It was nothing to see hundreds of birds during the day. Of the three days, I was there three bird limits were filled for 8 hunters two of the three days. I left for home at noon on the third day and the hunters were well on their way to their limits.

Now that doesn’t mean to say the shooting was easy, just that the opportunity for good shots were more plentiful. It was still good old-fashioned hunting which means plenty of walking and physical labor. A lot of pushing through cattail patches and brush not to mention very smart birds. No phony “put and take” game preserve shooting so many of us have had to resort to.

Some of the most exciting events during the So. Dakota hunt had nothing to do with pheasants but deer. On two occasions as the group pushed through large cattail patches, out would bust a monster whitetail buck. When I think deer I think trees and mountains but here we were in the middle of the rolling prairie. To say I was shocked is an understatement. 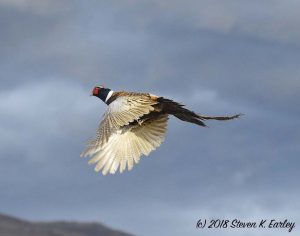 On a positive note, back in Utah, the director of the Department of Wildlife Resources was able to wrangle up funds a few years ago to stock rooster pheasants in many of the public shooting areas. His hope was to reestablish the pheasant hunting tradition in Utah, even if done on a limited basis. To that end, some 10,000 roosters are released each year on public lands for hunters to pursue. The season was also extended to 30 days. It’s been well received by the hunting public with lots of participation by many first-time pheasant hunters.

Has this ever, or is it currently happening is anyone else’s state? 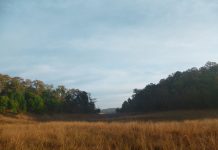 IS IT TOO EARLY TO THINK ABOUT CALIFORNIA DOVE SEASON? 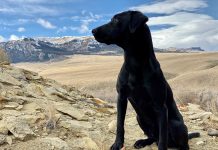 USING PUBLIC RECORDS COULD COST YOU A LICENSE IN MICHIGAN