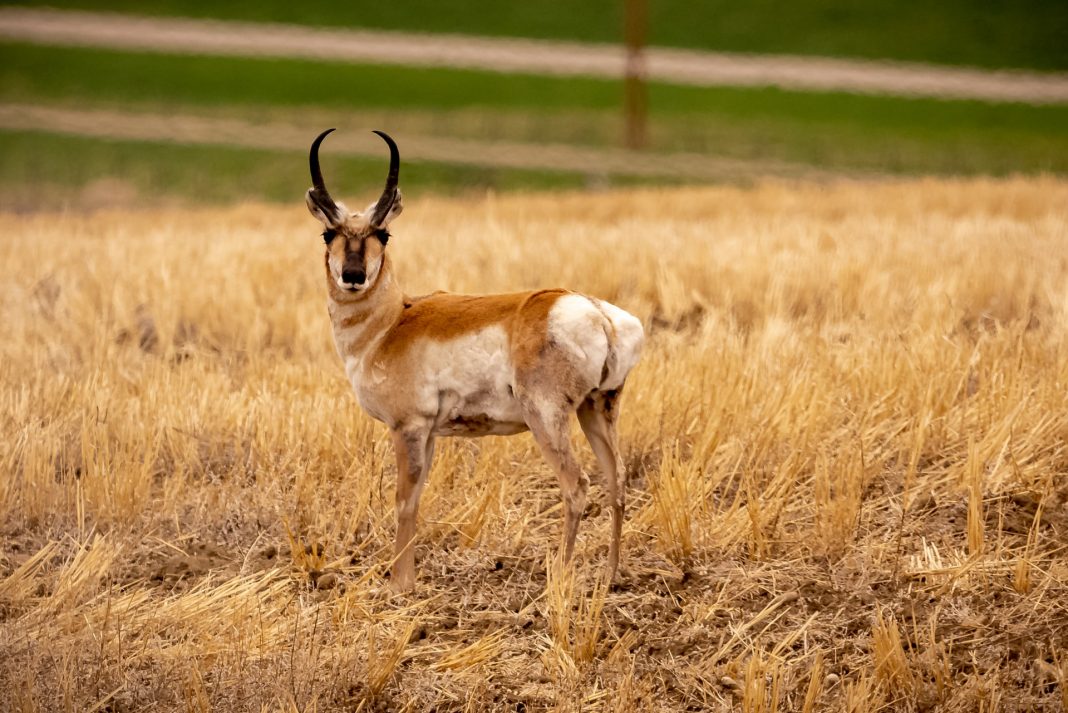 The Wyoming Game and Fish Department is tracking an outbreak of epizootic hemorrhagic disease (EHD). EHD is a virus that typically affects whitetail deer and pronghorn. Tracking EHD can be difficult in years with excessive heat and drought. Typically is that type of weather persistent EHD will continue to spread. However, the disease usually wanes with the first frost of each year.

EHD is transmitted by an insect know as a midge. The midge carries the EHD to whitetail and pronghorn by biting the animals when they come to waterholes for a drink. As a result, on dry and hot years animals congregate around dwindling waterholes. Due to the increased animal density, the midge’s are able to bite more animals. In turn, spreading the EHD to more animals.

“The midge collects a ‘blood meal,’ like a mosquito. When the midge bites another animal, the virus spreads.” –  Hank Edwards, Wildlife Health Laboratory Supervisor.

EHD can not be passed from animal to animal it is only spread through the disease-carrying midge. Also, not every animal the contracts the disease will die. Some will survive and gain immunity from the disease. Wyoming officials are currently tracking outbreaks in the Arvada area. Likewise, there are outbreaks in areas near Douglas, Laramie, and Cheyenne. Wildlife officials expect areas with high whitetail populations will suffer the most from the EHD outbreak. But they also expect isolated pronghorn areas to be hit as well. EHD usually cycles every 7-10 years, wildlife officials believe this is only the beginning of this series of outbreaks.

Hunters should be concerned about the loss of wildlife. However, EHD is not transferable to humans, just like it isn’t transferable between whitetails and pronghorn. However, wildlife population loss could affect hunters down the road. If enough animals die due to EHD, hunting permits will have to be reduced.

What are your thoughts on Wyoming tracking EHD? Have you ever taken an animal with EHD? Let us know in the comments!