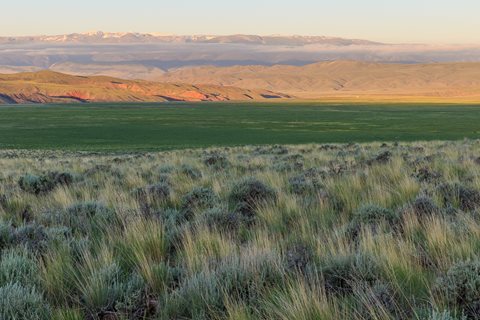 The Wyoming Game and Fish Department has decided to test if opening some shed hunting areas early will help with shed hunter density and unwanted animal pressure. The two areas available for the testing are located in the Dubois area. Spence and Moriarity Wildlife Management Area (WMA) and Kirk Inberg/Kevin Roy Wildlife Habitat Management Area (WHMA) will be the two areas being tested.

The thought process behind the early opening is to attempt to spread people out over two days instead of having hundreds of people descend onto the area all on the same day. This sudden increase in human pressure has created unwanted pressure for the animals spending their time in the area. Usually, when the animals experience this pressure they push on to private lands. However, this has created conflict with landowners in the past. With a large number of animals entering the private land sometimes they damage the landowner’s property, livestock, or even the land its self.

“Everybody’s going in the same place, and then spreading out from there should have that directional impact of vehicles and people moving in the same direction and not allowing wildlife to bounce between different groups. So it’s a focused effort rather than people coming in from all sides.” – Jason Hunter, Wildlife Supervisor for the Lander Wyoming Game and Fish Department

So, what are your thoughts on opening these areas early? Do you think it’ll have the desired effect? Let us know in the comments!