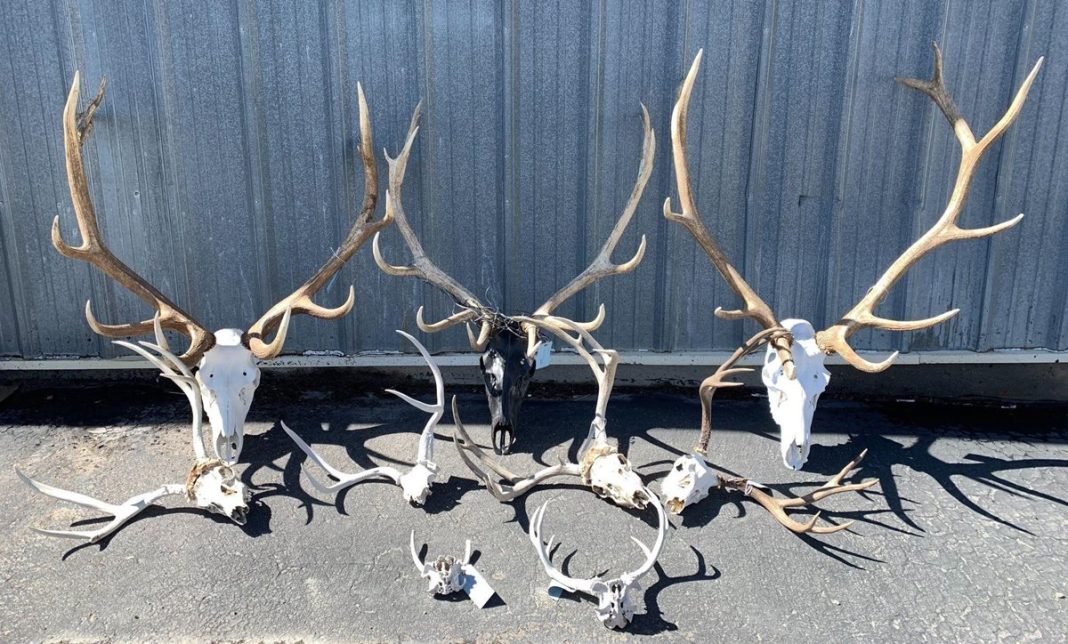 Two Wyoming men were recently convicted of multiple wildlife violations in Sweetwater County. The initial investigation started with concerns about wasted game birds but it eventually led to the two men being charged with 16 counts of wildlife violations. In coordination with Green River probation and parole officers, Wyoming Game and Fish Department game wardens began the investigation in 2019.

As stated above, it started with the investigation into wasted game birds. However, it quickly shifted to a big game poaching investigation when officials found evidence of an illegally killed mature bull elk within Elk Hunt Area 100. This elk was taken during a closed season, which the two men tagged with general elk licenses. At that point, officials began to look heavily into  Justin Chewning and Steven Macy as suspects.

Wardens were able to determine the locations where the elk were killed. They also found the carcass from the bull elk illegally killed by Chewning on Oct. 1, 2019. DNA analysis confirmed that the skull Chewning had matched the carcass officials had found.

The wildlife violation continued with the illegal killing of a mule deer. On Oct. 4, 2020, Chewning and Macy were hunting deer in Sublette county when Macy illegally killed a buck mule deer and Chewning illegally tagged it. Likewise, on that same men again went elk hunting illegally in unit 100. Macy shot and killed two mature bull elk, and Chewning tagged one of the two illegally killed bull elk with his general elk license.

Macy was convicted on five counts of wildlife violations. His hunting and fishing privileges were suspended for two years. Likewise, he was ordered to pay $5,640 in fines, restitution of $1,500, and to forfeit the Browning .338 rifle used in the commission of these crimes to the State of Wyoming. All of the other charges he was charged with were dismissed.

Chewning was also convicted on five counts of wildlife violations. His hunting and fishing privileges were suspended for fifteen years. He will have to pay fines of $1,585 and restitution of $7,000. He also must forfeit the items used while illegally hunting. Lastly, he will forfeit all wildlife trophies and items he had in his possession to the state of Wyoming.

The long and short of it is the two men hunting a limited quota area with general licenses two years in a row. They illegally took three elk while doing so. Then there was a slew of mule deer skulls seized at least one of these skulls was proven to be from an illegally harvested buck deer. The deer was killed by Macy when he did have a valid deer permit. Then Chewning illegally tagged Macy’s buck with his valid permit. Lastly, Chewning had been leaving edible portions of game meat in the field and making no effort to collect them. He did this with both game birds and elk and deer.

What are your thoughts on these two men being convicted? Have you ever helped catch poachers? Let us know in the comments!