TWO MEN TORTURE WOUNDED DEER – It is hard to even describe people that do things like this as “men” or “hunters.” These individuals are worthy of neither of these titles. Two men, one is possibly a juvenile, decided to repeatedly kick, stomp and stand on the throat – torture – a deer they had shot. While it was still alive and all while laughing. That’s all we see in the short videos. 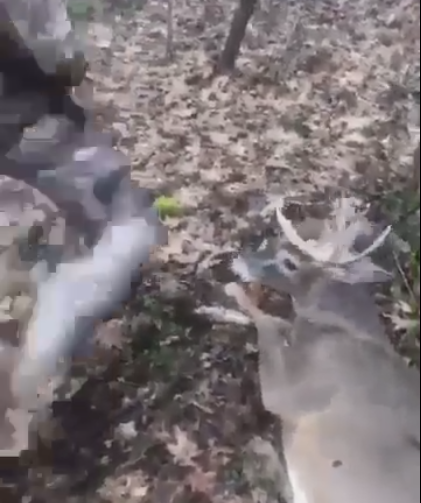 The videos made a few rounds and the originals may be deleted by now. This appears to have occurred in the Brookville, Pennsylvania area. But, you can watch three videos here if you want; however, just know this: it is going to make you angry. 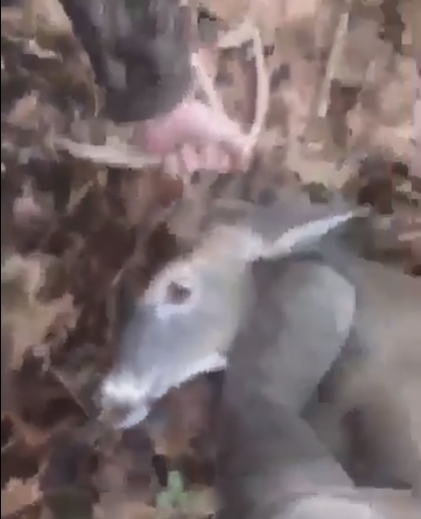 The Pennsylvania Game Commission responded via their facebook page. They have obviously condemned the acts in their statements.

“The Pennsylvania Game Commission is aware of a video purporting to show individuals assaulting an injured deer. The conduct portrayed in the video is reprehensible and potentially a violation of the law. Pennsylvania State Game Wardens are currently investigating the matter. If you have any information related to the video, we ask that you report it to the Operation Game Thief Hotline at 1-888–PGC-8001 or the Game Commission’s Northwest Region Dispatch Office at 814-432-3187.
Thank you for your help and for your concern for Pennsylvania wildlife.“

“We’re in redneck Pennsylvania, people go possum stomping, its nothing different than that. It’s wrong yes, but you can’t control other people.“

That comment is certainly a head-scratcher and leaves you wondering what is wrong with people.

Another person interviewed knew one of the suspects.

“Disgusting. Absolutely disgusting. I’ve never seen anything like that around here with people that I knew.“

He went on to talk about how hunters are to respect their quarry and if the first shot doesn’t dispatch the deer, you are responsible for quickly making a second, killing shot.

In case you missed it, the videos can be seen here:

At least one online petition was launched seeking felony charges against the boys. The petition already has 50,000 signatures. It would be easy to write for days on this incident. What are your thoughts?