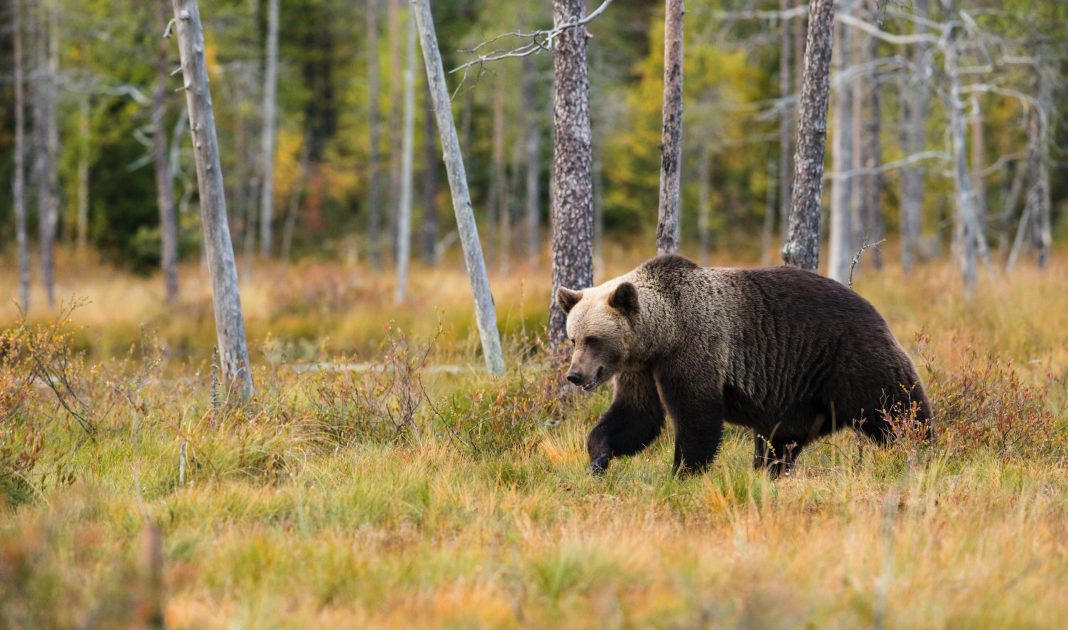 Officials with Montana Fish, Wildlife & Parks (MFWP) have euthanized two male grizzly bears within one week for killing livestock. In both of these cases, officials acted in compliance with the Interagency Grizzly Bear Committee (IGBC) guidelines.

The first bear was responsible for killing three calves between April 10th and April 12th, near Ovando, Montana, along with causing multiple other injuries.  Thus, due to the bear’s continued preying on livestock, officials made the decision that euthanasia was the only option.

Officials captured the second male grizzly bear on April 16th, due to causing livestock depredation near the Rocky Mountain Front southwest of Augusta, Montana.  The decision to euthanize was of similar character.  The bear continued to prey on livestock, as well as get too close to ranch homes.

The U.S. Fish and Wildlife Service created this to assist in the recovery and management of grizzly populations in the lower 48.  The reason that these guidelines justify the euthanasia, is because the two bears were learning “irreversible” habits that posed a danger to livestock and potentially, humans. Meanwhile, the IGBC continues to question whether hunting is a viable means to manage the grizzly bear population in Montana.

The implementation of preventative measures are currently happening.  The rancher near Ovando is installing electric fence, with the help from a local conservation group, Blackfoot Challenge.  In addition, MFWP is reminding those that live in bear country to take extra precaution this time of year.  As bears come out of their dens in the spring, they immediately begin looking for food.

Depredation by predators remain a constant problem and concern for ranchers in the west.  Preventative measures such as electric fence can be very helpful in reducing deaths.  However, officials continue to search for other strategies that can enhance the protection of livestock.

There has been another incident where a bear had to be euthanized in Montana.  On May 1st, the MFWP released a statement stating that a female bear had been euthanized near Columbia Falls.  The report came in of a bear and two yearlings getting into a land owner’s bird feeders and chicken coop.  The bears ate most of the chicken feed and killed several chickens.  Due to the bear adapting and conditioning its food habits, the bear was euthanized.  It was determined that it would no longer utilize its normal food sources.

Are these measures enough to reduce depredation by predators?