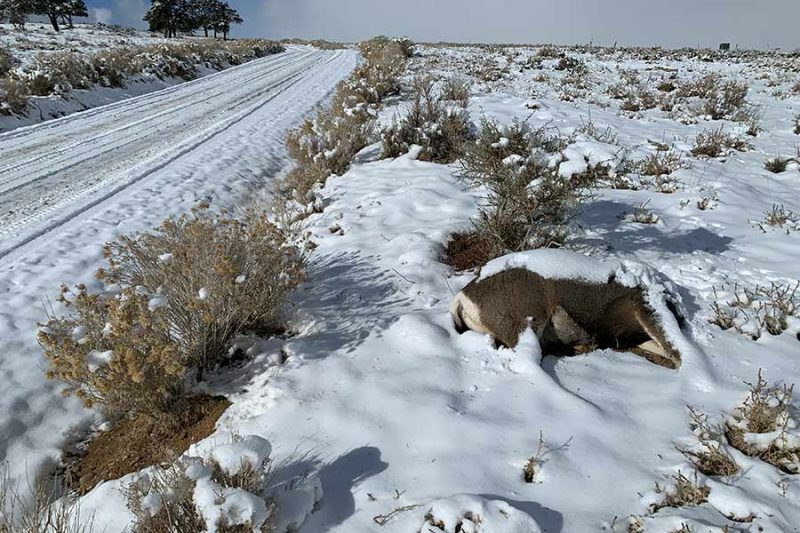 On Dec. 9th DWR officers responded to the area of Porphyry Bench near Price, Utah. The officers were responding to a report of two deer that were believed to be left to waste. Two doe mule deer were found during that investigation. It looked as though these two deer were shot with a small-caliber gun, most likely a .22 caliber rifle. Both of these animals were left to waste with no meat being removed from the animals.

Later that month officers also found a 4×4 mule deer buck that had been shot and left to waste near where the does were found. This buck was also shot with a small-caliber rifle and left in a similar condition. Due to how close buck was found to the area where the does were found, the similar caliber size, and the animal’s condition DWR officials believe the animals were shot at the same time by the same party.

After a thorough investigation officers believe the deer had all been shot and killed in the early morning hours of Dec. 9.

Because of the lack of leads, the DWR is now asking the public for help. If have any information about these three deer or you happened to be in the area around Dec. 8th or 9th and saw anything suspicious the DWR would love to hear from you.

You can report any information you have in the following ways:

You can read more Utah hunting news by clicking here.

What are your thoughts on these three deer being left to waste? have you ever helped catch a poacher before? Let us know in the comments!