Home Legends of the Past THE LEGEND OF OLD EPHRAIM 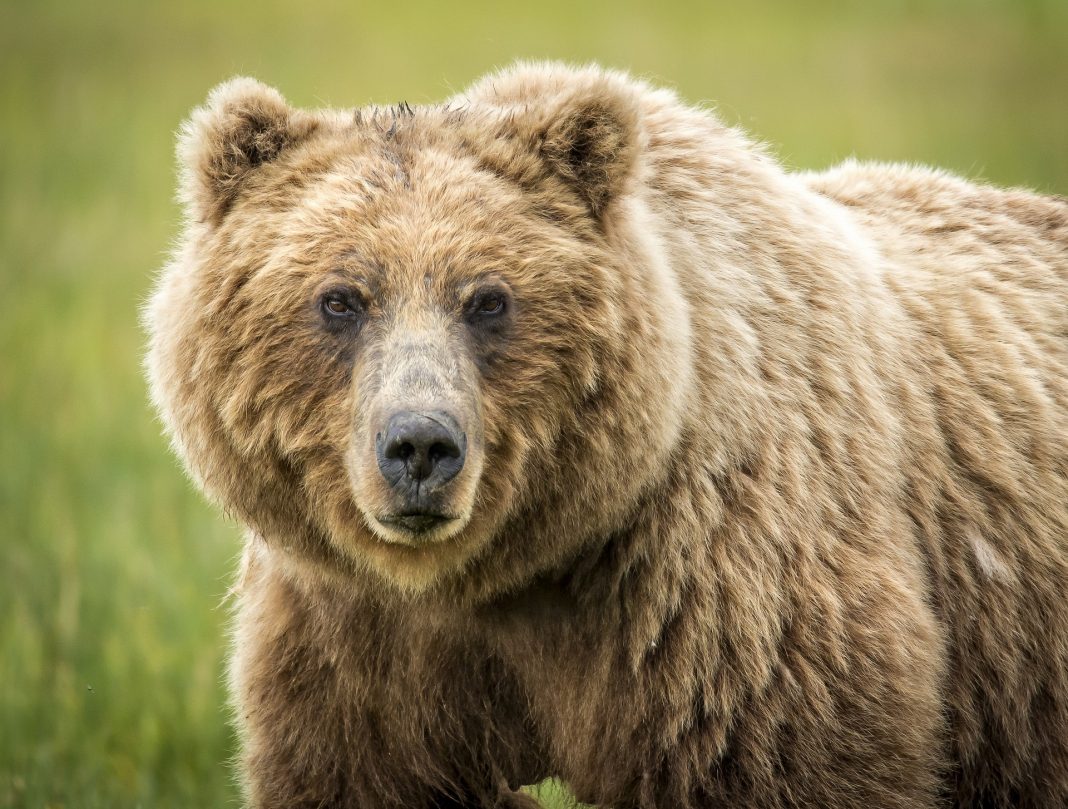 The name Old Ephraim became a common slang name referring to grizzly bears in the 1800s. However, for many young men and women growing up in Utah, the name Old Ephraim was synonymous with one specific bear we heard stories about around the campfire. There were very few scout troops that didn’t have these stories told to them growing up. The legend of a real animal that terrified ranchers for over a decade.

The Legend of Old Ephraim Begins

Rumors abound about the overall home range that Old Ephraim wandered. There are reports of him being as far north as Soda Springs, Idaho, and as far south as southern Weber County, Utah. However, what is known is he spent the large majority of his time moving across the Bear River Range in Northern Utah and Southern Idaho. This mountain range sits between Logan, Utah, and Bear Lake.

It is unknown exactly when Old Ephraim started to haunt the area regularly. However, starting in 1911, ranchers began to see an uptick in the livestock being killed. Likewise, ranchers began to find large bear tracks with only three toes. This deformity earned Old Ephraim his other nickname “Old Three Toes”. During the summer of 1911, bears in the area killed a minimum of 154 adult sheep. Likewise, several cattle were found dead as well. One report claimed that Old Ephraim had killed 50 sheep in a single night. As a result, the ranchers killed around 50 bears in the next few years, on top of several other predators in the area. However, Old Eph’ wasn’t one of them.

The Chase of Old Ephraim

Starting in 1914, Frank Clark, a rancher in the area began his personal mission to stop the bear from killing sheep. Over the next several years, Clark’s efforts were continually foiled by the bruin. Frank would find his traps either expertly sprung by the bear or ripped out of the ground and flung upside down off the side of the trails. All those years of hunting had left Frank with only 2or 3 daylight sightings of the bear. These sightings were usually brief and while the bear moved through heavy cover. Once the early 1920s rolled around Clark felt confident he would eventually catch the bear. He had become so familiar with the bear’s habitats, he knew the bear would eventually slip up.

In the middle of the night, August 21, 1923, Clark was awakened by loud groans. He jumped up grabbed his greatly underpowered .25-.35 cal carbine and headed towards the noise…

“I was camped one mile down the canyon in a tent. That night was fine, beautiful, a starlit night, and I was sleeping fine when I was awakened by a roar and a groan near camp. I had a dog, but not a sound came from Mr. Dog. I tried to get to sleep, but no chance. So, I got up and put on my shoes but no trousers. Grabbed my gun, a 25-.35 cal Carbine with seven steel ball cartridges, and walked up the trail. I did not know it was Eph’ In fact, I thought it was a horse that was down. Eph’ was in the creek in some wallows and after I had got past him, he let me know all at once that it was not a horse. What should I do? Alone, the closest human being three miles away and Eph’ between me and the camp.” – An Excerpt from Frank Clark’s account of the events

Not wanting to tackle the bear in the dark Clark climbed a nearby hill to wait for daylight and Old Ephraim. Once daylight arrived the big bear still had not shown himself. However, Frank had a good idea he was hidden in the nearby willow stand where one of Frank’s traps were. At that point, Clark began throwing sticks and rocks into the willows. Old Eph’ snuck out of the willows and headed toward Frank’s camp. Soon after Clark found the tracks and began following him…

After traveling down the trail a little way, Frank laid eyes on the bruin…

“I fired at it and grazed the shoulder. Ephraim raised up on his hind legs with his back to me and a 14-foot, log chain wound around his right arm as carefully as a man would have done it! A 23-pound bear trap on his foot, he turned around, and I saw the most magnificent sight that any man could ever see. I was paralyzed with fear and could not raise my gun. He was coming, still on his hind legs, holding that cussed trap above his head. I was rooted to the earth and let him come within six feet of me before I stuck the gun out and pulled the trigger. He fell back, but came again and received five of the remaining six bullets. He had now reached the trail, still on his hind legs. I only had one cartridge left in the gun and still, that bear would not go down.” – An Excerpt from Frank Clark’s account of the events

At that point, Clark ran downhill about 20 to 30 yards. Stopping to look back, the bear was still standing. However, Frank’s dog had started to nip at and pester Old Ephraim. He decided he needed to help out his dog and turned back towards the bear. Clark was down to his last bullet and knew he needed to make it count. At that point, the bear started towards him…

“I could see that he was badly injured, as at each breath the blood would spurt from his nostrils, so I gave him the last bullet in the brain. I think I felt sorry I had to do it.” – An Excerpt from Frank Clark’s account of the events

The Death of a Legend

As Frank moved in on the bear he became aware of just how big this legendary bear was. Old Ephraim had stood 9′ 11″ when on his hind legs. Likewise, it is estimated that he weighed roughly 1,100 pounds.

Frank and another rancher skinned and buried the bear where Frank had killed him. However, not long after a boy scout troop dug up his skull and sent it to the Smithsonian Institute. Old Ephraim’s skull stayed there for many years before being sent back to Logan. Today it rests in Utah State University’s Special Collections & Archives Department.

In 1966, the Cache Valley Boy Scouts erected a granite monument at the old gravesite to commemorate Old Ephraim’s death. The monument is carved out of natural stone and stands roughly the same height as the legendary bear.

The Legend Lives On

There have been many different stories and spin-off tales about the great bear like with any good legend. Every year since his death, stories are told around campfires across Utah and southern Idaho. The tales have brought on a bit of the supernatural or unbelievable flair since Old Ephraim’s death. This was due to the bear’s almost human-like intelligence. For years the bear dodged traps and eluded hunters, learning to set traps off without being caught in them. Likewise, in many stories, the bear moves towards Frank’s camp to inflict revenge on the man and his property for trapping him.

A few books have been written on Old Ephraim, some fiction some not. If you’d like to look into some of those I’ll list a few below.

The Last Grizzly in Utah

Like with all good legends sometimes it’s hard to determine myth from fact. For years after Old Ephraim’s death campers and hunters reported seeing him or other grizzlies in Utah. However, none of those sightings were ever confirmed to be a grizzly. Even Frank Clark himself claimed to have seen a grizzly as late as 1941. But for every young camper that spends time in the high country of Utah, there’s always the chance that Old Ephraim may be lurking around the next bend, even if it’s only in their mind.

With the grizzly populations expanding in both Wyoming and Idaho it may be only a matter of time before a grizzly once again calls northern Utah home. Although the sheepherders in the area may not like that much.

Thanks for reading about the Legend of Old Ephraim. We hope you enjoyed the story. You can read more about other Legends of the Past by clicking here.

What are your thoughts on this legend? Does your state have a legend about wildlife? Let us know in the comments!