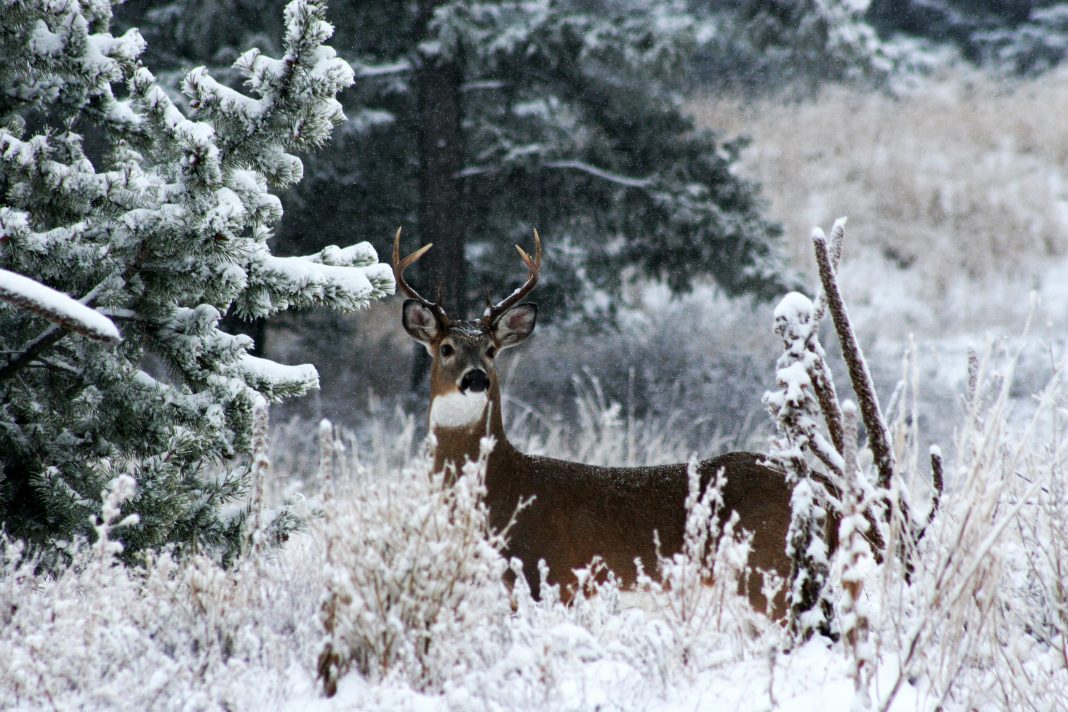 A South Dakota poaching case took center stage this week. Dugan Traversie, who is a member of the Cheyenne River Sioux Tribe has been charged with poaching. Last fall, Traversie shot the buck through the fence of the Timber Lake Elk Ranch. During the incident, Traversie shot the deer while being on Tribal property. However, the buck was on Timber Lake Elk Ranch property when he shot the deer. Furthermore, there was not an active hunting season during the time Dugan killed the deer. Dugan Traversie took a picture with the deer immediately after shooting it. Following the photos, he removed the bucks head and left the rest of the deer on the Ranch property. Once he was back on Tribal property he hid the head under a nearby bridge.

Five days later Dugan Traversie retrieved the deer’s head and posted a photo on social media. The social media post claimed that Traversie had taken the buck that morning, opening day of deer season on the reservation. The post went viral due to the giant buck and easily linked Dugan Traversie to the case. A day before the social media post, the Ranch manager went looking for the buck and found the headless carcass near the fenceline. Law enforcement officers soon made contact with Traversie. During the questioning, Dugan admitted to illegally shooting the buck.

“I am very, truly, truly sorry for poaching the whitetail deer when it wasn’t deer season,” Traversie told U.S. Magistrate Judge Mark Moreno. “I just ask for the opportunity to prove to this court that it will never, never happen again.”

This information led many to wonder about the hunting ethics of places like The Timber Lake Elk Ranch. However, many other hunters felt like what Traversie did was a clear cut case of poaching and disrespect for the animal. The wanton waste of the animal’s meat is unforgivable in many hunter’s eyes. However, law enforcement officials have stated that Dugan Traversie fully cooperated during the investigation. Officials also state that Traversie has shown remorse and also provided them with the deers head.

What do you think about this South Dakota poaching case? How do you think the punishment fits? What are your thoughts on high-fence hunting? Let us know in the comments.