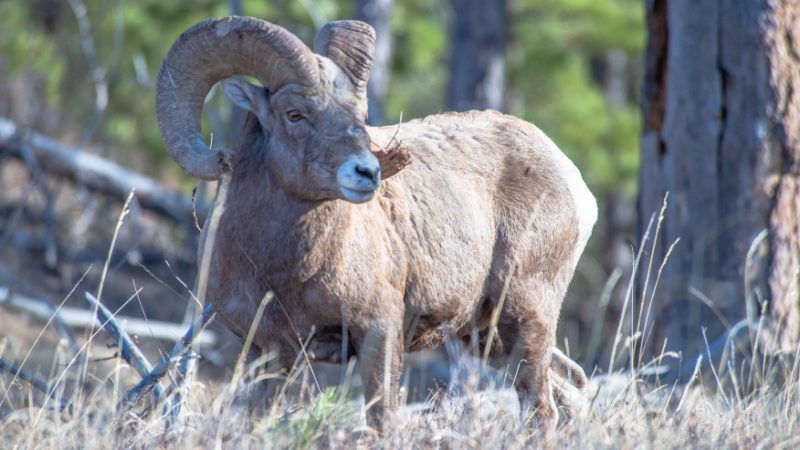 When it comes to hunting in South Dakota few think of bighorn sheep hunting. However, due to good habitat and a strong conservation effort, bighorn sheep hunting in South Dakota produces some incredible animals. In 2018, Clayton Miller, a South Dakota resident, killed the Pope & Young world record ram. The ram was taken in Pennington County on October 20th, 2018. The ram was officially scored at 209 1/8″. Miller was lucky enough to draw the permit through the resident-only lottery draw.

“I went into this hunt knowing that there were some spectacular animals in the area, but it was beyond my wildest dream that I would be after the new Pope and Young Club World Record!” – Clayton Miller

Every year South Dakota issues between 5 and 10 permits in the Black Hills area. Likewise, the state auctions off one bighorn permit a year. In 2020, the tag was auctioned off for $312,000. $85,000 of the money will go directly to South Dakota Game, Fish & Parks for bighorn sheep management. The remaining money will be given to Gov. Kristi Noem’s Second Generation Habitat fund. The fund is used to develop and preserve habitat within the state for all wildlife. The 2020 auction tag hunter was able to take a ram scoring 198 2/8″.

South Dakota reintroduced bighorn sheep clear back in the 1920s. However, those early herds died-off in the 1950s. After several reintroduction attempts, the animals have taken hold and have been growing slowly. The most recent reintroductions took place with animals from Alberta, Canada being released into the Black Hills. Currently, the herd is at the population that allows limited hunting.

SDGFP expects the population to continue to grow in the coming years. Likewise, they expect the quality of the rams to push for further records. While somewhat under the radar, South Dakota has done amazing work with bighorn sheep conservation.

So, what are your thoughts on South Dakota bighorn sheep conservation? Have you hunted bighorn sheep before? Let us know in the comments!