This past fall I had the opportunity to take out a handful of hunters on their first hunts. I was also lucky enough to sponsor a few youth hunts like this one with Bridger in Colorado. Not only was this his first mule deer hunt, but it was also his first archery hunt.

Bridger broke his femur in an accident a few months before this hunt but it didn’t slow him down for long before he was back on his feet ready to go. He had been practicing shooting his bow after school and on weekends with his dad in preparation for this hunt and he was ready to go.

We hiked our tails off on this hunt trying to find these deer. Even I was starting to question whether or not we would ever find any. But Bridger was right there beside me ready to look over the next ridge time and time again. To say the least, I was very impressed with the resolve and determination that this young man showed. There was not one complaint from this young man. 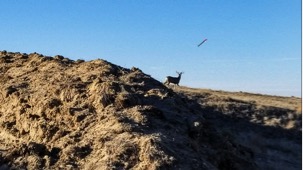 This hunt like most had its ups and downs, but looking back on it I wouldn’t change a thing. In my mind, this hunt had everything that a good hunt should have in my opinion. 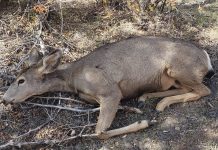 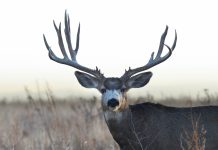