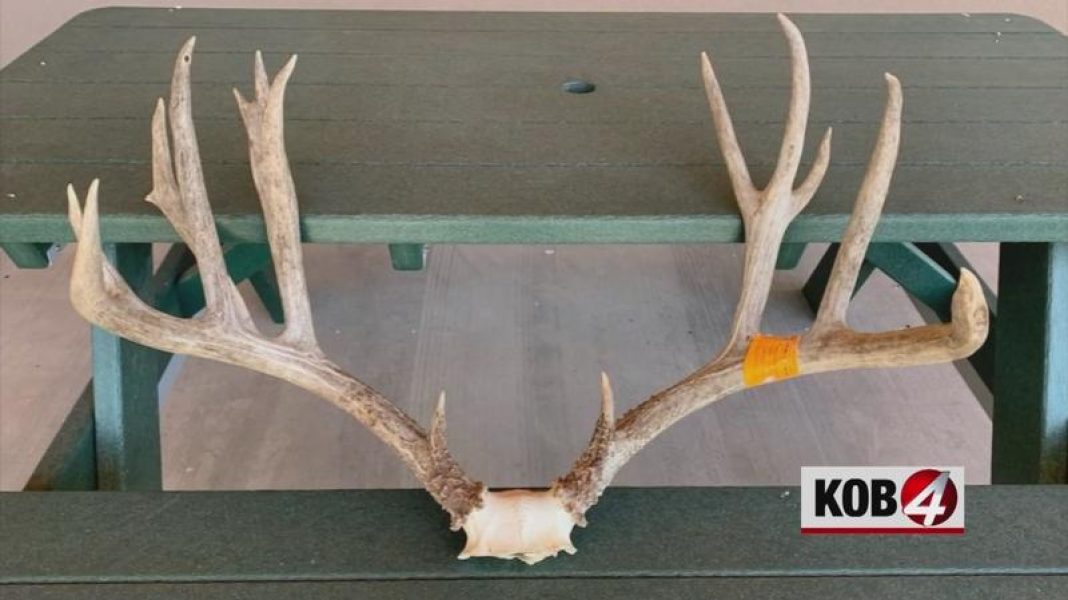 A North Dakota man at the center of a high profile New Mexico poaching case has been fined $74,000 after pleading no contest to poaching a trophy class mule deer. One of New Mexicos’ most prominent poaching cases came to a close after a 5-year investigation. In 2015, New Mexico Game and Fish pursued a tip that a trophy mule deer was poached nearby the body was intact with only the head removed. After a few tips and cooperative witnesses, NMDGF officers were able to locate the head. It only took a few months of surveillance before a person’s retrieved the skull and threw it in the Rio Grande River.

As a result, agents gathered intel and prompted divers to retrieve the head to make sure it was a decisive DNA match to the body. Consequently, once the match was determined, the agents were able to track down the suspect, Cody Davis. Officials were able to serve a search warrant and criminally charge Davis for poaching. Afterward, Davis pleaded no contest and ordered to pay a $74,000 fine to NMDFG for the deer’s cost and investigation.

“I hope this serves as a warning to anyone hunting and fishing illegally. A deer of this quality is very rare. Just because of the size. We don’t see these very often.” – Lead agent on the case Sgt, Benjamin Otero

However, a buck of this caliber could have brought in revenue well above $74,000. Seeing is this was a trophy buck most government tag holders pay into the $100,000’s to hunt a buck similar to this one.

Does the punishment fit the crime, as far as the recent statistics show, it doesn’t seem to. Nonresident and government tagholders are the financial backbone of NMDFG, making up 60% of total revenue. Therefore, it is hard to put a price on this buck head.

“Bucks like the one poached aren’t found very often but when they are outfitters, guides and the community benefit. It is not just the money going to the state; it’s the money that’s missed out by the people who depend on it the most”.  –  New Mexico Outfitter speaking under the condition of anonymity

What are your thoughts on this New Mexico poaching case? Do you think the punishment fits the crime? Likewise, how much is a trophy buck like this worth? Let us know in the comments!