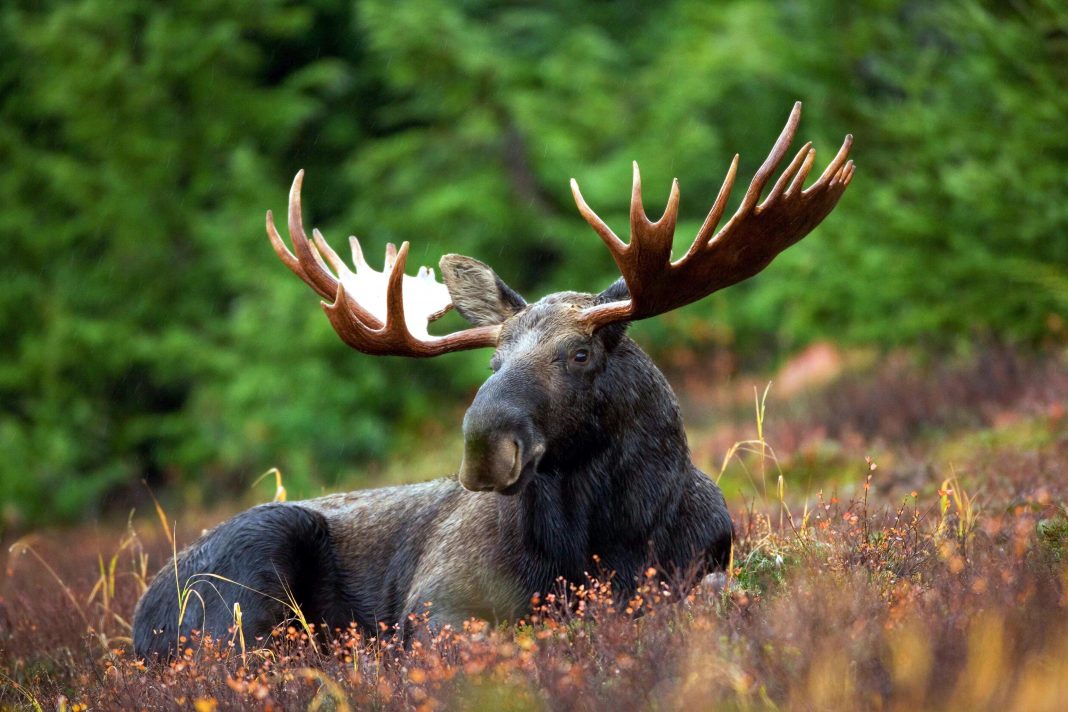 MOOSE POACHER RECEIVES LIFETIME HUNTING BAN – In an investigation termed “Operation Meat Bag,” officials arrested a man from New Brunswick for multiple violations of game laws.  Gilles Allain plead guilty to 27 violations.  This resulted in 156 days in jail, a $54,500 fine, and a lifetime ban for hunting in New Brunswick.

Operation Meat Bag was a nine-month investigation in 2016 to expose those who were violating hunting and fishing laws.  Allain is one of six individuals caught as a result of this investigation.    When compiled together, these six criminals totaled about 320 days in jail along with $108,000 in fines.  In addition, investigators found 40 sets of moose antlers, 25 hunting rifles, and 2 half-ton trucks that were used to carry out the acts of poaching.

This is not the first time that Allain has been in violation of hunting laws.  For previous violations, he was sentenced to between 14 and 70 days in jail, and fined between $9,000 to $12,000.  From the information available, it seems Allain is only banned from hunting in New Brunswick.  It is not stated whether his hunting privileges elsewhere has been revoked.  However, a strong argument could be made that the stripping of his hunting privileges may be redundant.  Allain is a poacher.  A criminal.  One who has no respect for the law or wildlife.  Why would he suddenly become a law-abiding hunter?

This brings me to the final point.  It definitely seems as though poaching will never be eradicated in its’ entirety.  When talking about the prevention of poaching, it is surrounded by questions.  What strategies should be put in place? Is the taking away of hunting privileges effective? How can we adapt to fight this egregious activity in a better way?

What are your thoughts?