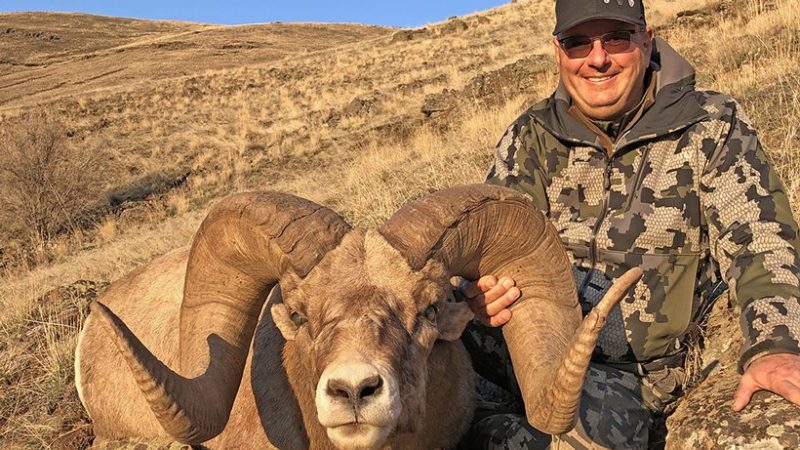 NEW WASHINGTON BIGHORN RECORD – Bighorn sheep are animals that hunters from across the world dream of hunting.  Not only is it hard to obtain a tag, but once you get that tag the work begins.  For a man from Pennsylvania, sheep hunting has become his life.

“I guess some of us love the mountains, and, to me, the sheep there are as special as they come,”

“Once I started sheep hunting, it turned me topsy turvy. Just seeing them, and then figuring out how to get to them is not very easy. It’s very emotional.”

He killed his first sheep in 2012, which was a Dall’s sheep.  Then in 2013 he killed a Stone’s Sheep.  2015 was a great year for him when he shot both a desert ram and a rocky mountain bighorn.  Harvesting those four rams helped him achieve a place in the 700 club.

Although his first four rams were an amazing accomplishment, he outdid himself in 2020 when he killed the Washington state record ram.  The ram ended up scoring 202-4/8, which is the 21st largest bighorn ever harvested.  The ram also currently ranks second in the Boone and Crockett Club’s 31st Big Game Awards Period.

As mentioned in the introduction, hunting bighorn sheep is a very sought-after hunt.  Most people believe that you have to be wealthy to hunt sheep, but there are many options out there.

First, hunters can apply through state draw systems.  Although the odds of getting a tag are low, there is still a chance.  Second, hunters can enter into raffles and other special events.  Gary commented that he received some of his sheep tags through raffles.  It does take a little bit of luck, but there has to be a winner.  It might as well be you.