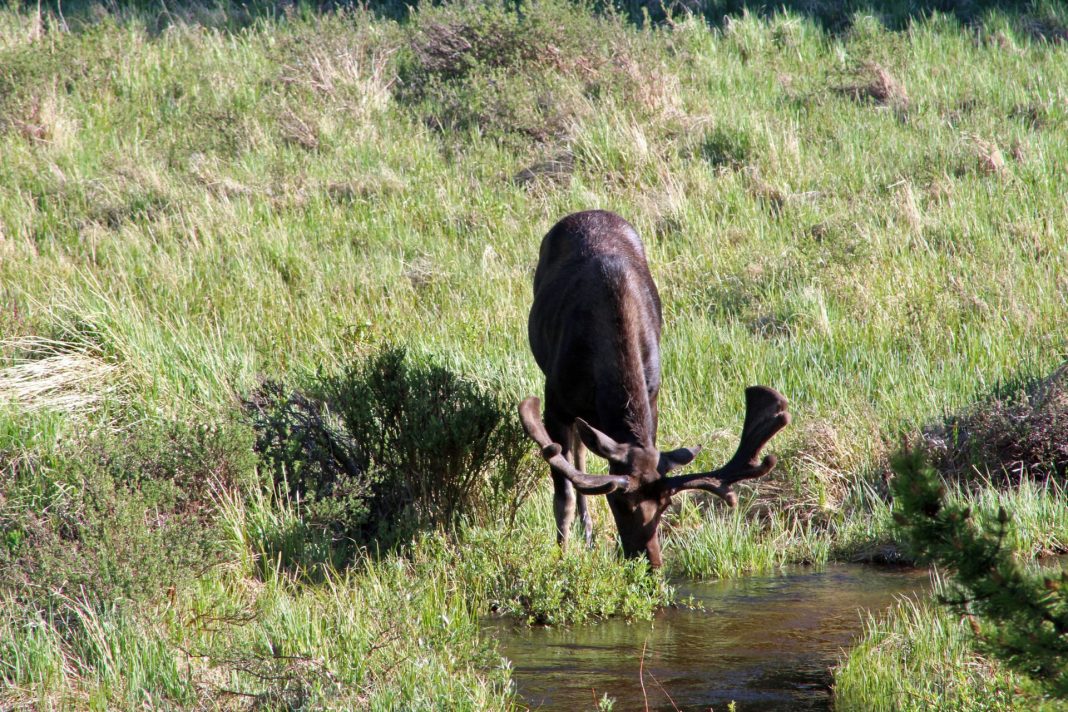 A New Mexico moose isn’t probably a phrase you’ve heard very often. However, moose do migrate into New Mexico from time to time. Recently, a New Mexico moose started making noise on social media and the local news. The young bull had been seen several times in both Aztec and Bloomfield recently as well. The New Mexico moose population is so low that the state doesn’t allow any kind of hunting.

Sadly, someone shot and wounded the bull in late September. The moose was shot near the outskirts of Bloomfield on Monday, Sept. 27th. The wounded animal stayed in the area until New Mexico Game & Fish agents found it.

It was wounded by the person that illegally shot it. Our conservation officers did have to euthanize it. Likewise, they are a protected species in New Mexico which means they cannot be hunted or in this case, illegally shot without proper licensing, and in New Mexico, we do not offer any moose hunting licenses.” – Tristanna Bickford, Communications Director, New Mexico Game & Fish

Poaching has been nothing new this year. Several states are looking to catch their own poachers even as we write this. You can click here to look at this case in Wyoming where a mule deer doe was poached. You can also check out our New Mexico hunting news page by clicking here.

So, what are your thoughts on this poaching case? Have you ever helped catch a poacher? Let us know in the comments!